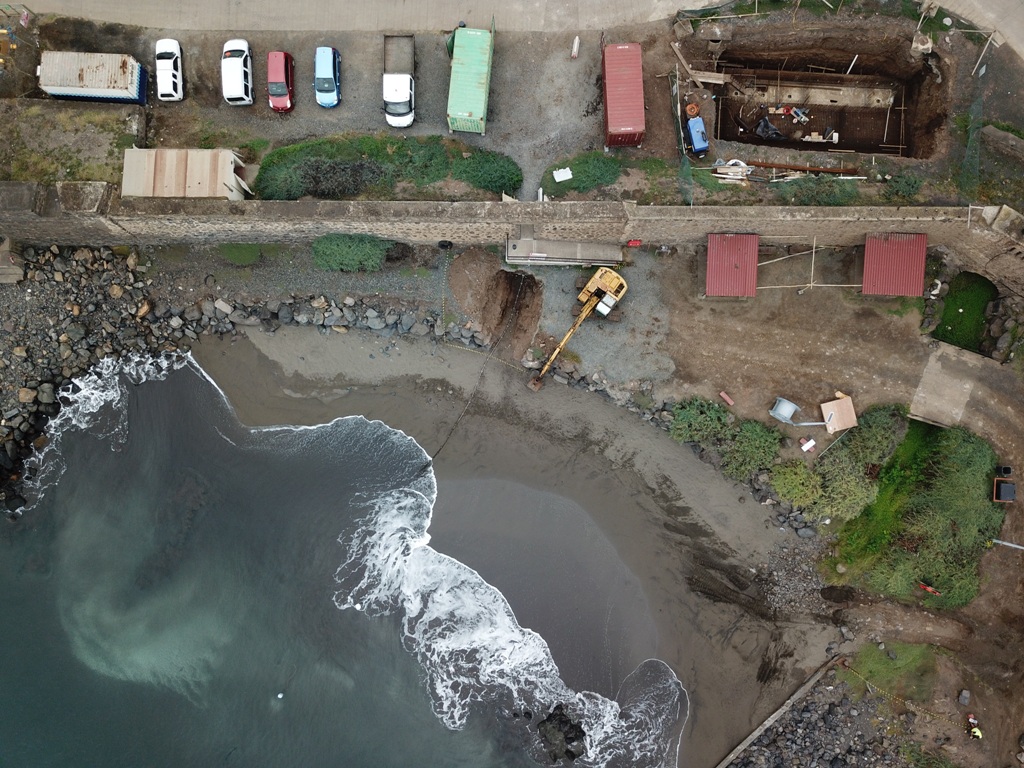 The project was awarded funding under EDF11 and supports St Helena’s 2017 Digital Strategy.

The fibre optic cable should deliver high-speed broadband connectivity to the British Overseas Territory of St Helena Island, South Atlantic Ocean – one of the remotest Islands on Earth.

Speeds should range from a few hundred gigabits per second up to multiple terabits, as demand varies.

This would be the first time St Helena has been connected to the outside world via a fibre-optic cable: Currently, customers pay per megabyte of data for broadband (and mobile phone) options, with listed upload speeds between 512kbps and 768kbps and download speeds between 1,024kbps and 2,048kbps. Broadband packages range from £13.31/month for 1.1gbs of data, to £160.06/month for 31gbs, and data does not shut off at package limit but automatically allows overages, charged at 5p/mb. Internet usage is free between midnight and 6am. Therefore, enhanced digital connectivity has the potential to hugely benefit the Island and its residents, businesses and visitors (including benefits to education and healthcare opportunities).

From 16 August 2021 excavation and other preparation works were taking place at Rupert’s Beach for the arrival of the cable landing ship. Divers placed and secured articulated piping onto the seabed floor at Rupert’s – the cable would later be placed and enclosed within that piping.

Teliri arrived 25 August 2021 for marine and shore landing works. The cable was dropped over the side of the ship on 29 August 2021 and placed into the piping that had been laid. The end of the cable was installed at the MCLS, where it will link into the Island’s digital infrastructure.

After landing of the cable, training occurred consistently with Google to enable local staff to manage the MCLS in readiness for when the branch was connected to the main trunk. The PFE inside the MCLS was tested, and Submarine Line Terminal Equipment was installed.

The MCLS is where the end of St Helena’s cable branch connects into the island’s infrastructure. It is located in Rupert’s Valley.

St Helena’s MCLS and associated components were designed and fabricated in the United States by AMSS, and arrived to St Helena via the MV Helena on 16 March 2021. The MCLS was offloaded, transported, and carefully positioned just above the Rupert’s Valley beach, ready for installation works.

In May and June 2021 two ASN engineers arrived and installed PFE and associated telecoms equipment within the MCLS.

On 2 August 2021 four ASN and eight MCC personnel arrived via charter flight to facilitate landing of the cable and test the power feed equipment within the MCLS.