Reopening of Rupert’s and Safety Advice to Public 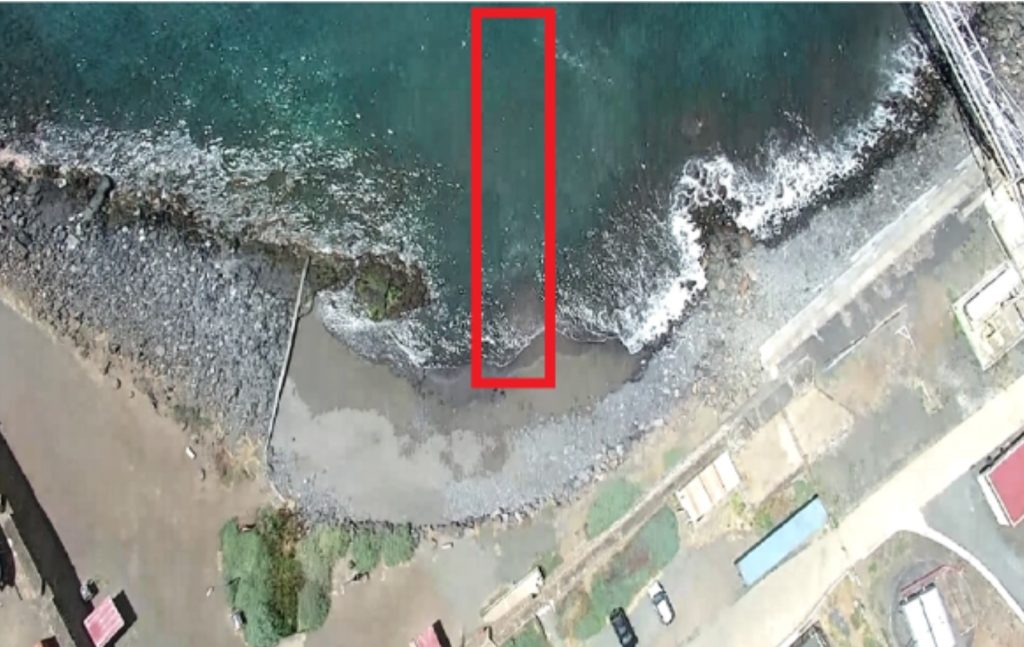 The cable itself is undamaged. However, a small amount of the protective housing which encases it remains exposed on the beach, with a larger amount of the casing having become detached from the seabed and exposed in the waters leading away from the beach.

Authorities have been monitoring the situation and working with off-Island experts to establish next steps. Off-Island project staff have confirmed that they will not be able to come to the Island until early in 2023.

Whilst it is expected that the regular movement of sand at the beach is likely to naturally rebury the piping in time, the public are advised to take caution when on Rupert’s Beach or when swimming in Rupert’s Bay.

As the piping remains exposed, the public should read the warning signs at the entrances to Rupert’s Beach and be aware of the location of the exposed areas of pipe, as detailed in the below images.

There is no risk of electric shock or electric exposure, but the piping does have metal bolts and joins on it which could cause injury, so members of the public should be mindful when near it (as detailed in the yellow box in the below image). Much like beach rocks, it could pose a trip hazard or a risk of injury were someone to fall onto it.

Members of the public are also advised to avoid swimming near the areas of exposed piping in the water (as detailed in the red box in the below image). Whilst it may not look dangerous, swell and waves can quickly drag or push you into the piping, which could then result in injury. The exposed piping near to the beach has been identified by two small marker buoys.

As anchoring could pose a risk to the underwater piping, boat operators are advised to adhere to the following. No anchoring is permitted inside of Rupert’s Bay between the end of the Jetty and Birdown. Outside of this area, anchoring should be avoided within 30m either side of the piping (as detailed by the purple line in the below map), up to 300m from shore.

A short video explaining this issue in more detailed will be aired on the Sure promo channel between Friday 16 December 2022 and Monday 09 January 2023.

Members of the public are also reminded to take care when swimming in the ocean, especially during the festive period, and remain vigilant to potential problems that you or others may find yourselves in.

If you happen to see a person fall into the water, or experience difficulty in the water: