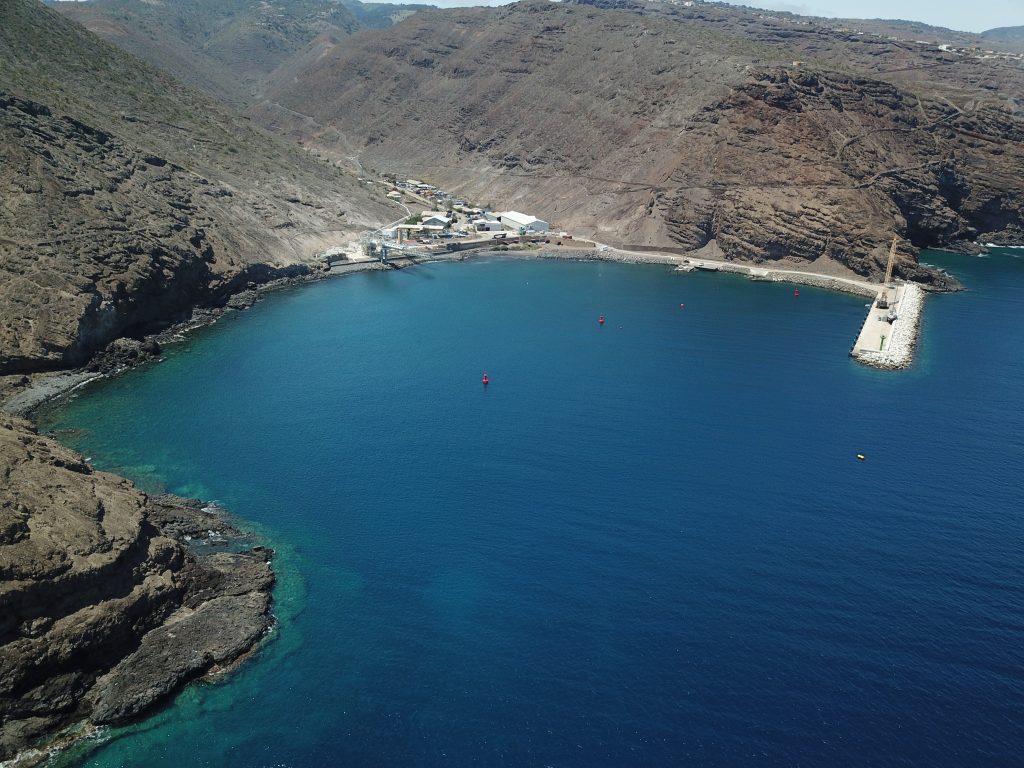 The Fibre Optic Cable Project which will connect St Helena to the Equiano subsea cable, providing the first fibre optic connectivity from St Helena to the outside world, through both Europe and South Africa, should achieve its next major milestone in August.

On Monday, 2 August, four personnel from Alcatel Submarine Networks (ASN) and eight personnel from Marine Contractors & Consultants, Ltd (MCC) will arrive via a charter flight to facilitate the landing of the Equiano system (cable) at St Helena. One member of the ASN team will also test the power feed equipment installed during June. All personnel will quarantine for 10 days as per the mandatory requirements on St Helena.

At Ruperts from Friday, 13 August, members of the public can expect to see the beach being excavated and preparation works undertaken for the arrival of the Teliri ‘cable ship’, including necessary marine works where divers will place on the seabed the piping in which the cable will be enclosed.

The Teliri is scheduled to arrive at the Island on Saturday, 21 August – her arrival will see the physical landing of the cable at St Helena, with shore landing works scheduled to take place between 22 and 23 August. This will include the cable being dropped over the side of the ship and placed in articulated pipes, which will be laid and secured in a predefined path on the Ruperts’ seabed. All COVID-19 protocols and Standard Operating Procedures will be adhered to during the ship’s stay in Ruperts.

On 23 August the ship is scheduled to depart St Helena to lay 1154km of cable towards the West Coast of Africa. This work should be completed by 4 September.  The ship will not return to the Island.

During this period activities will continue to take place on-Island. Later this year we should also see the arrival of the Telecom Egypt technical team who will interface the Equiano cable on St Helena with the Public Communications Networks and Services provider.

Training with local staff on managing the cable landing station will be ongoing with Google in readiness for when all branches are connected to the main segment.

“The shore landing of the 1,140km Equiano St Helena Branch, which will be undertaken on 22 August, should be viewed as a monumental step in connecting the Island to one of the world’s most sophisticated cable systems.

“The Equiano cable will be the first to take advantage of a new technique called ‘fibre-level switching’, which will drastically improve the cable’s ease of deployment as well as reduce its cost.  Fibre-level switching, as the name suggests, doesn’t touch a signal’s particular wavelength. Instead, it mechanically moves the signal to the correct cable, like getting on the right bus to your destination. Fibre-level switching grew out of another recent Google undersea cable development, called space-division multiplexing, which raises the number of fibre pairs that can be packed into a cable.

“Once St Helena is fully interconnected with the main Equiano system, which will run from Lisbon, Portugal, to Cape Town, South Africa, Island residents and businesses alike will be exposed to technologies, which will revolutionise our way of life, opening up the Island to all kinds of benefits.”

On 19 July 2020, it was announced that SHG had issued a letter of intent to connect St Helena to the Equiano subsea cable project. This would provide the first fibre optic connectivity from St Helena to the outside world through both Europe and South Africa.

The spur between the main trunk of the Equiano cable and the Island will be 1140km long.