The formal opening of the St Helena Supreme Court took place today, Monday 20 February 2017, at 10am. Civil and Criminal cases will be heard by the Supreme Court until Friday, 17 March 2017.

His Lordship, the Chief Justice, Charles Ekins Esq, entered the Courthouse accompanied by the Sheriff of St Helena, Mrs Ethel Yon OBE, and Father Dale Bowers. Lawyers, Justices of the Peace, officials, and members of the public were also in attendance.

In his speech, the Attorney General took the opportunity to welcome Mr Ben Channer, Civil Counsel from London and Miss Yvonne Taylor, a Barrister at Trinity Chambers in Newcastle-Upon-Tyne. Miss Taylor is visiting counsel to prosecute the criminal cases of this Supreme Court session. The Attorney General also welcomed Mr Marc Willems I QC, who is counsel in Manchester. Mr Willems has been instructed by the Public Solicitor.

“In the coming days and weeks, the court will hear applications for the appointment of deputies under the Mental Health & Mental Capacity Ordinance 2015. Mr Paul McGinnety has already been appointed as the first Public Guardian of St Helena. The appointment of deputies is another step to safeguard the most vulnerable in society as it will help prevent the financial exploitation of vulnerable adults in this community. This is significant as it marks another goal reached from the many we have set ourselves since the publication of the Wass Inquiry report.”

In his address, the Chief Justice echoed the words of the Attorney General in recognising the work of Chief Magistrate, John MacRitchie. The Chief Magistrate, who is currently off-Island, has been appointed a Sheriff (Judge) in Edinburgh, Scotland, starting at the end of March 2017.

“Once more the Supreme Court has a hectic schedule. A number of these cases that are due to be heard will be ground-breaking, both in terms of the procedure adopted and in terms of the principles to be decided. I know that I can count on all of those involved with the Supreme Court to do everything that can be done to ensure that the business of the court is satisfactorily concluded.” 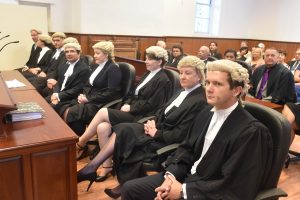 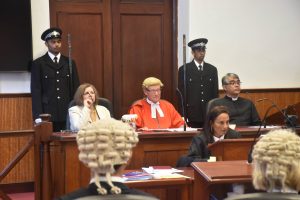 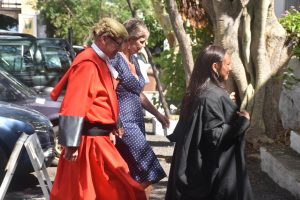