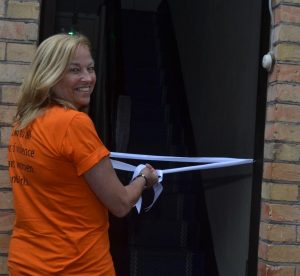 Policy Development Officer, Dr Cilla McDaniel, spoke of her work to pursue the development of a Women’s Shelter on St Helena:

“In 2014 – before the Wass Inquiry – I applied to the United Nations Development Programme fund. Despite many obstacles, we were successful and were awarded $150,000 US Dollars in August 2015 to establish a shelter, develop a support service for empowering women and develop policy and practice to support the service.

“Domestic abuse and violence against women is one of the most pervasive violations of human rights in the world, but it is also one of the least prosecuted crimes. The travesty is that the crime is carried out in the very place where we all are meant to feel safe – in our homes. 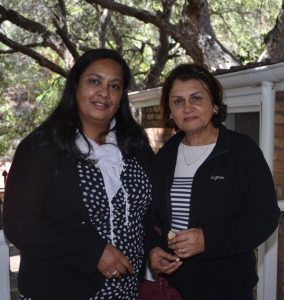 “This Shelter is an essential step in protecting women and their children from violence at home. In our endeavours to join the global drive to eliminate violence against women, this Shelter on St Helena is essential.”

Staff will be trained to work with ‘Each Woman in all her Complexity’, offering training and guidance in keeping themselves safe, therapy to help them recover from  trauma, and knowledge and skills to move on and build a safer life.

Thanks were extended to all those who helped on the project – current and previous Directors of Safeguarding, Assistant Chief Secretary Paul McGinnety, Safeguarding colleagues, WISH – and the renovation team and ProArc.

“The opening of the Safe Haven today marks the beginning of the end of the cycle of violence and abuse for those women on St Helena who have been too worried or too afraid to do anything about the violence they experience.

“The message to them is that the only way to break the cycle of domestic violence is to take action – and the sooner the better. Start by telling someone about the abuse, whether it’s a friend, a neighbour, your doctor, or anyone close to you. At first, you might find it hard to talk about the abuse – but you’ll also likely feel relief and it will be a first step to getting much-needed support.

“My message to women on St Helena is ‘Take back the power and you will feel more powerful.’”