FIRST EVER SAINT IN SUBSTANTIVE ROLE 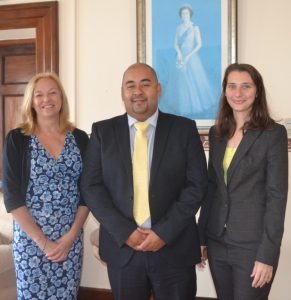 Dax took the Prescribed Oaths of Office in the presence of HE Governor Lisa Phillips and colleagues at the Castle (photo attached).