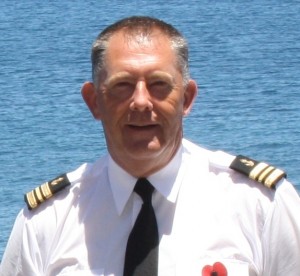 Deputy Harbour Master Steve Kirk (pictured) left St Helena on Friday 9 October 2015, for the Mediterranean Island of Malta, for three weeks of SHG-funded training, arriving back on the Island on 28 November 2015.

Steve found the overall training to be ‘fantastic’, providing him with a much wider outlook on health & safety, especially within a port.

“My main role as Deputy Harbour Master revolves around the health & safety and security of Jamestown Wharf, for both business and leisure users. My role is not only challenging but also very rewarding.”

Steve spent a year as a Customs Officer on St Helena before transferring over to Port Control as Assistant Harbour Master, followed by promotion to Deputy Harbour Master.