The UK Overseas Territory of Ascension Island has committed 20% of its land area to the protection of a diverse range of animal and plant life. The South Atlantic territory, which lies midway between Brazil and Africa, is home to some of the region’s largest sea turtle and seabird nesting colonies, as well as many unique species of plants and invertebrates. On 28 July, His Excellency Mark Capes, Governor of Ascension, enacted legislation that created seven new nature reserves and wildlife sanctuaries to complement the one existing national park.

The Island’s three main turtle nesting beaches, which together support more than a half of all green turtle nesting in the South Atlantic Ocean – as many as 25,000 nests per year – are among the sites protected. The dramatic seabird nesting colonies of the Wideawake Fairs, Boatswain Bird Island and the Letterbox Peninsula, home to more than 800,000 nesting seabirds, also receive legal protection for the first time. 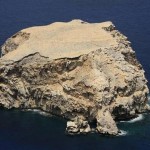 In enacting the legislation, Governor Mark Capes said, “We are committed to enhancing our ability to provide long-term protection of the environment on Ascension Island which hosts an extraordinary range of animals and plants, some of which are found only on Ascension. I commend the Ascension Island Council for their leadership in developing this legislation and for recommending it to me for enactment.”

Councillor Caroline Yon MBE, Chairman of the Island Council’s Biodiversity & Fisheries Protection Committee, said, “Ascension Island’s residents have already demonstrated a deep respect for the biodiversity around us. Creating protected areas takes this commitment a step further and will enable the Government to attract and deploy funding to ensure that these areas are carefully restored and managed for wildlife.”

The decision to protect large areas for wildlife was taken during a two year project funded by the UK Government’s Darwin Initiative to develop a national biodiversity strategy for Ascension Island. The project, which is being led by Ascension Island Government and the University of Exeter, brings together a consortium of organisations with an interest in preserving the Island’s incredible natural heritage. 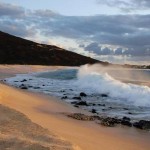 Speaking of the new legislation, Drs Sam and Nicola Weber, who are coordinating the project locally, said, “This marks a real milestone in nature conservation on Ascension Island. By restricting development and  irresponsible use, this legislation gives the Government the tools it needs to safeguard the Island’s most iconic wildlife sites for the future.” “The decision to create new nature reserves has received considerable  support from across the community”, the pair added, “which shows how seriously environmental stewardship is currently taken on the Island.”

With an area of only 37 square miles and a population of just 800 people, Ascension Island is one of the smallest and least populous of the UK’s inhabited overseas territories. However, the Island has a long history of use as a military base and telecommunications hub: functions that have not always coexisted harmoniously with the environment. In the past, activities such as sand mining and unregulated development have impacted some of the Island’s most important wildlife habitat. Exotic plants and animals, introduced to the Island by people, also continue to threaten many areas.