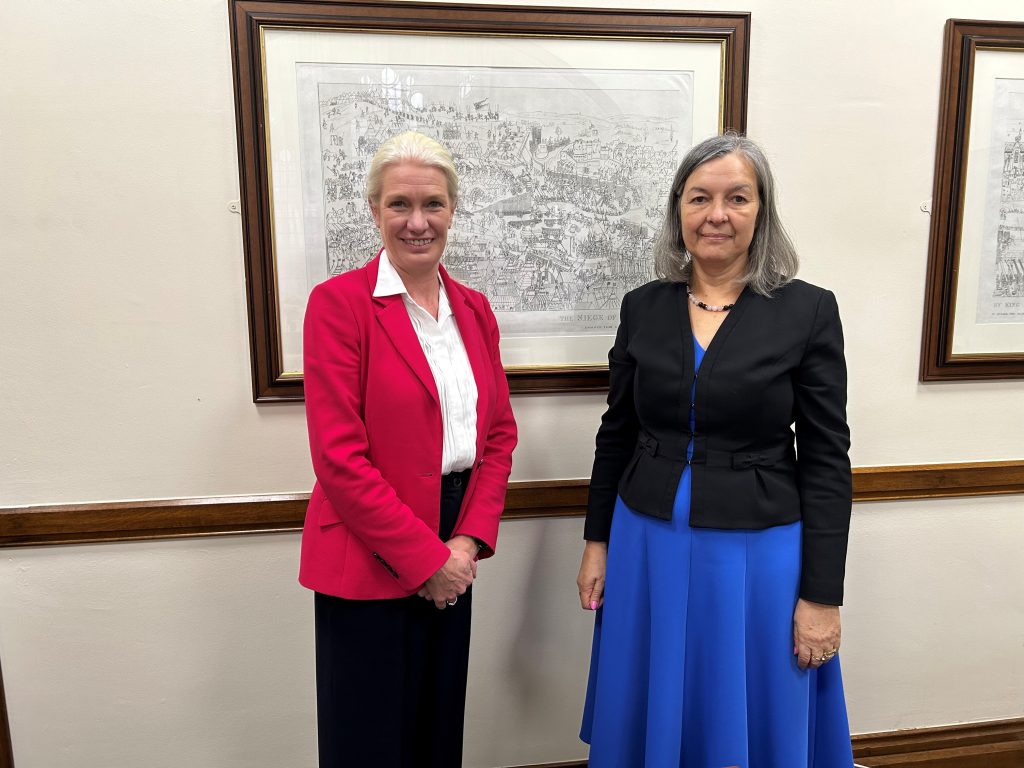 On Wednesday, 30 November, the St Helena All Party Parliamentary Group (APPG) met in London at the Palace of Westminster to elect a new chair. The St Helena APPG is an informal, cross-party group formed by Members of Parliament and Members of the House of Lords who share a common interest in promoting and supporting St Helena.

The Rt Hon Andrew Mitchell MP was previously chair of the APPG, but stepped down from the role following his appointment as a Minister in the UK cabinet, in accordance with the rules of APPGs.

Kedell Worboys, St Helena Government’s UK Representative, was also in attendance, having made the arrangements for the meeting of the APPG to take place.

In addition to electing a new Chair and Vice Chairs, the meeting noted the sad passing of the late Lord Jones of Cheltenham. Lord Jones was previously a Vice Chair of the APPG and a strong supporter of St Helena over many years.

Reflecting on the changes within the APPG, Chief Minister Julie Thomas said:

“I welcome the appointment of The Rt Hon Amanda Milling MP as the new Chair of the St Helena APPG, and Lord Lancaster of Kimbolton, Sir Graham Brady MP, Kelly Tolhurst MP and Paul Holmes MP as Vice Chairs. It is encouraging to know that St Helena has the support of lawmakers in the UK, and we are grateful for the work that goes in to this on top of their already busy workloads.”

“Having worked with Amanda Milling when she was a Minister, I am impressed with the passion she holds for the Overseas Territories family, and the deep interest she has in seeing our Island and community prosper. I look forward to meeting all new members of the group when I am next in London on business. When in the UK last month I was fortunate to meet with existing members of the APPG, who were equally as passionate and sincere about building and maintaining relationships to ensure that our Island is always well represented and not forgotten within the UK political arena ”