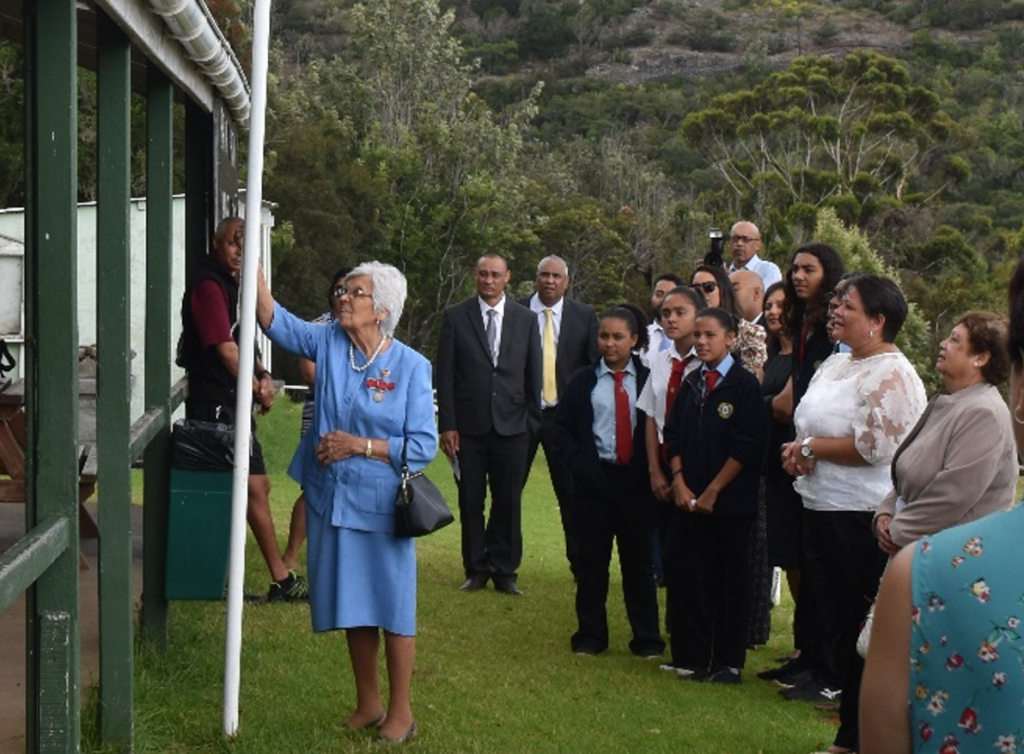 During the assembly Councillor Christine Scipio delivered a welcome speech highlighting appreciation for women in our lives and acknowledged their tremendous contribution to our society. St Helena Commonwealth Parliamentary Association Branch Associate Member, Tara Wortley, read a message from the Right Honourable Patricia Scotland QC, Secretary-General of the Commonwealth of Nations, PAS Student Council Member, Amy Thomas, read the Commonwealth Affirmation, and the Governor’s Deputy, Greg Gibson, read the message from Head of the Commonwealth, Her Majesty The Queen.

In recognition of the day, three female guest speakers – CEO of Sure South Atlantic Limited, Christine Thomas, Managing Director of the Bank of St Helena Ltd, Josephine (Joey) George, and Sharon Henry from What the Saints Did Next / Inside St Helena – delivered speeches and presentations, in line with the theme, during the assembly at Prince Andrew School.

Following the assembly, Mrs Marjorie (May) Young BEM raised the Commonwealth Flag at the Francis Plain Pavilion as part of the ‘Fly a Flag for the Commonwealth’ initiative. This initiative aims to inspire participants to join with others throughout the Commonwealth, expressing commitment and appreciation for the values the Commonwealth upholds, and the opportunities offered for friendship for all ages around the world.

Commonwealth Day assemblies were also held at the Island Primary Schools and were attended by Elected Members as well as guest speakers, including Joan Peters of Green Wagon, Wanda Isaac of Abiwans and CEO of Solomon & Company (St Helena) Plc, Mandy Peters, who delivered presentations around the Commonwealth Day theme. Her Majesty The Queen’s Commonwealth Day message was also read.