Commemoration Of The Death Of Napoleon On St Helena 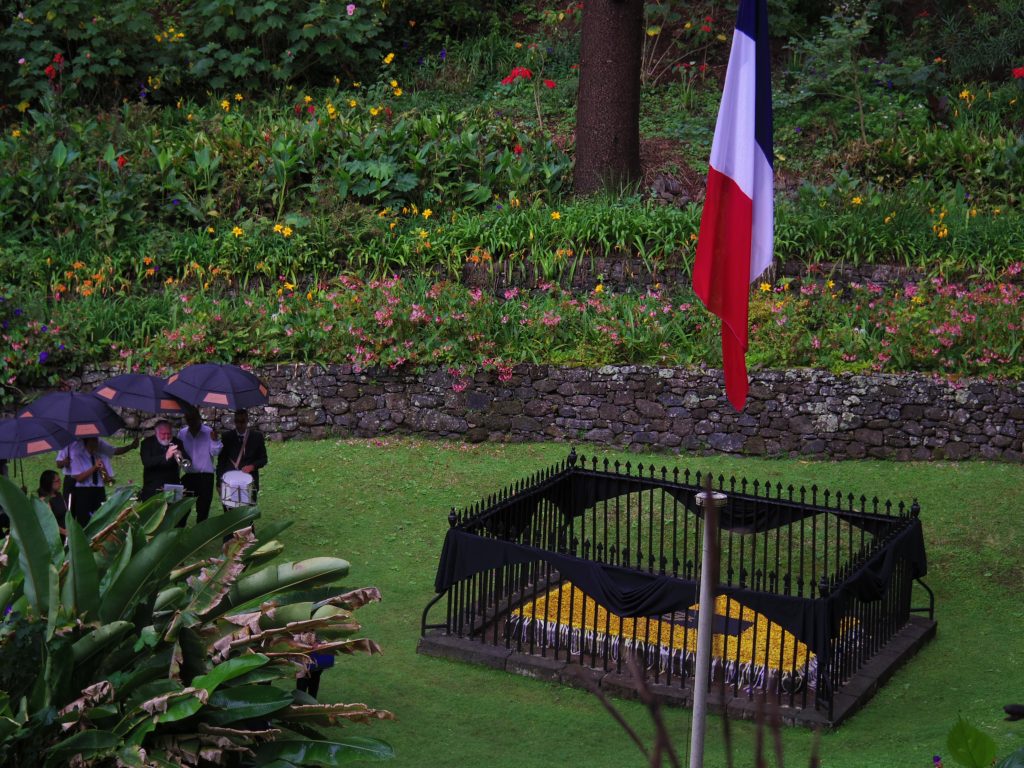 To commemorate the Bicentenary of Napoleon’s death, a number of events took place at Longwood House and The Tomb between 5 and 9 May 2021.

The death of Napoleon

On Wednesday, 5 May, mini wreaths/flower bouquets of Everlasting flowers were laid on the Tomb’s slab on behalf of overseas organisations and members of the public. Over 400 people from Germany, Australia, Belgium, Brazil, Canada, China, Denmark, Spain, United States, France, Great Britain, Israel, Italy, Luxembourg, Netherlands, Poland, Portugal, Czech Republic, Russia, Ukraine, Sweden and Switzerland participated in this initiative through purchasing flowers online to be laid on The Tomb on this day.

Later that afternoon the gardens at Longwood House were opened and a ceremony took place which included a two-minute silence, the playing of the Last Post and various readings and pieces of music, half-masting of the flag and the Telegraph signals announcing Napoleon’s death. This was followed by a tour of the gardens which were specially illuminated for this occasion.

A Mass of Remembrance was held at Longwood House on Thursday, 6 May, for invited guests. The Eucharist, led by Catholic Priest Father David Musgrave, was conducted in mostly Latin and French and followed the same format as services in the Napoleonic era.

The burial of Napoleon

On Sunday, 9 May, a ceremony, marking the bicentenary of the Emperor’s burial took place at The Tomb. The ceremony includes readings, various pieces of music and songs from Island musicians and singers, a two-minute silence followed by the playing of the Reveille, and laying of the wreaths to accompany the mini bouquets from the public which had been placed on 5 May.

A comment on the Bicentenary events from French Consul, Michel Dancoisne-Martineau, can be read here.