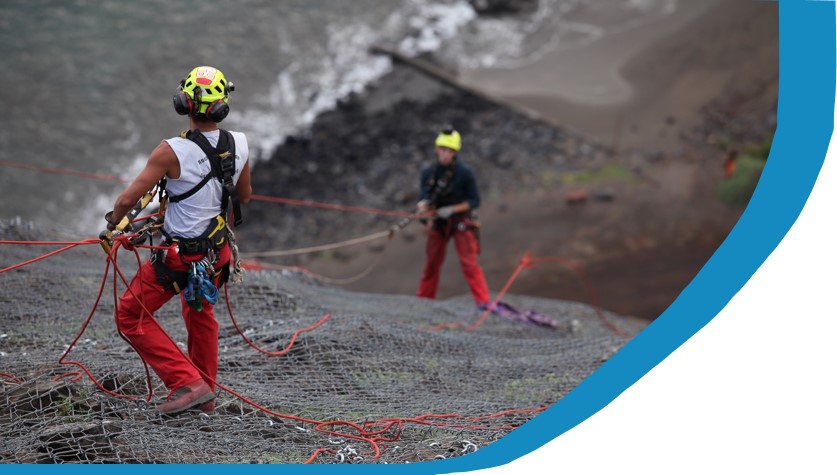 St Helena Government, CAN France and Fairhurst are pleased to announce the completion of the Rockfall Mitigation Protection Project on Friday, 10 July 2020.

CAN France would like to thank the 26 Saints who were directly employed over the course of the Project, as well as the innumerable members of the public who assisted CAN France during their time on-Island.

Over six months, the Rockfall Project team has constructed:

CAN France would also like to thank the public for their patience during the closure of trails on Munden’s Hill. These trails are now open to the public, including upper Munden’s Path and Saddle Battery Ridge. Fairhurst would like to remind users that the lower trail of Munden’s Path remains closed due to significant instability on the lower Path.

If all 1200 steel anchors used in the Project were laid out end to end, they would reach from the Seafront to the Heart Shaped Waterfall!

Photographs: What The Saints Did Next