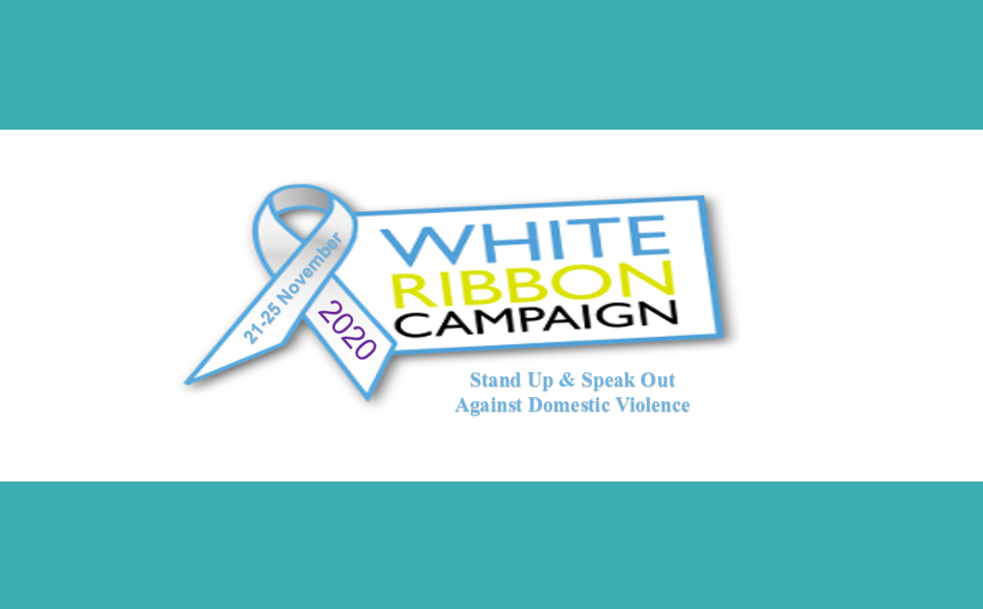 The awareness raising campaign – ‘Stand up and Speak out’ against Domestic Abuse – organised by the UN Development Programme Safe Haven Project and the Children & Adults Social Care Directorate concluded yesterday with a Closing Ceremony, held at the Castle Gardens, Jamestown.

“The White Ribbon that we are wearing has become the symbol of anti-violence. We’re all wearing it and we’ve all signed up to it, and it’s by coming together that we can go forward to increase our opportunities to prevent it, and that’s what we’re all doing here today. We’re recognising it, we’re standing up to it, and in our own way, working to decrease it.

“Here today on St Helena we are very fortunate we have the Independent Domestic Violence Advocate, we have the dedicated team working near Ebony View, and also the modern services of the Children & Adults Social Care Directorate. They are here to support, intervene, and to help our community to live better lives together. My congratulations for another successful White Ribbon Campaign.”

A raffle, in aid of the Women’s Issues St Helena (WISH) Charity, was also drawn. The winners are as follows:

A total of £211.00 was raised from the raffle and will be donated to the WISH charity.

The White Ribbon Campaign 2020 commenced on Friday, 20 November, and included awareness raising through radio interviews, the private sector, staff of SHG and Non-Government Organisations wearing White Ribbon Campaign T-shirts and white ribbons, persons signing pledges to ‘Stand up and Speak out’ against Domestic Abuse and pinning them to wooden people-like images, a High Tea at Rosie’s Bar & Restaurant where over 70+ people attended, displaying and lighting Wooden White Ribbon Images at various locations in Jamestown in honour of survivors and victims of domestic abuse, footballers wearing white ribbons before their matches and also signing pledges, an assembly at Prince Andrew School with information on teenage dating and abuse, a White Ribbon Campaign stall set up at the Canister selling merchandise including T-shirts, key rings, mugs and pens. Leaflets on Domestic Abuse were also available for the public.

“Around the world, White Ribbon awareness focusses on men taking a stand against domestic violence. The St Helena White Ribbon Campaign Committee this year chose to change the focus from targeting males and decided that the aim and vision is to use the voices of both males and females of St Helena to encourage all on the Island to ‘Stand up and Speak out’ against all kinds of abuse, irrespective of gender and age. We need to continue raising awareness of Domestic Violence and to make our community safe to live for this generation and beyond.

“A big ‘Thank You’ to all who supported this Campaign especially to the 2020 committee members who alongside full time jobs worked together in making this White Ribbon Campaign another success.”