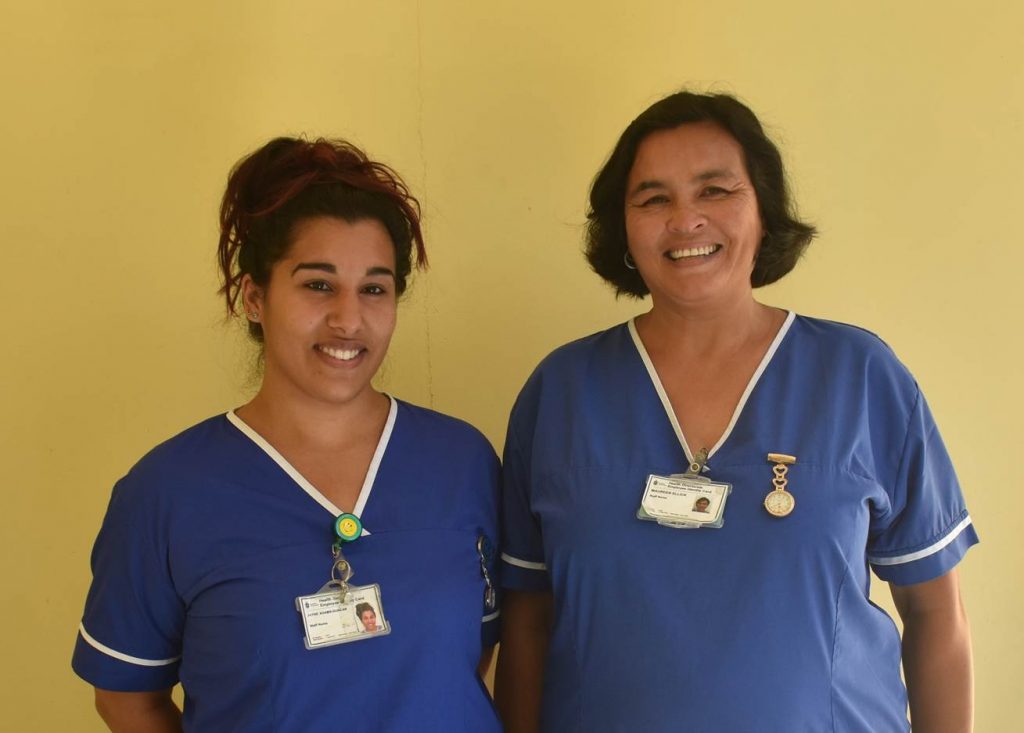 As Senior Staff Nurses, Jayne and Maureen are responsible for co-coordinating the Hospital, teaching staff and mentoring junior nurses, participating in data collection and Hospital audit, being part of the senior nursing team, organising the roster, dealing with complaints and working towards a Sister Nurse position.

“This is fantastic news. Both of these Nurses are an asset to the team here at the Hospital. We are lucky to have them working with us. It also means all the Senior Staff Nurse posts have now been filled with local Saints as part of our ongoing plan to promote local people into senior roles. I know they both will excel in the roles. Well done.”

“This new venture will be faced with numerous challenges and ones that, with support from the rest of my colleagues, I hope I will be able to succeed in and prove myself worthy of this promotion.”

“My general feelings towards my promotion are that of pride, elation and jubilance, it is gratifying to know that my innovation and past experiences in nursing have credited me in advancing to a new and challenging role.”

Jayne started her local nurse training on St Helena in 2011 and officially qualified as a Staff Nurse in January 2015.

“During my time as a newly qualified Staff Nurse, I developed more confidence within myself and adapted to the various needs within the nursing environment. I also took a liking to the theatre and started to spend more time there under the guidance of the Theatre Sister.”

In December 2016, Jayne received her NVQ level 3 Diploma in Health & Social Care. In January 2019, Jayne passed the BSC Online Nursing Degree with First Class Honours which took a total of two and a half years to complete. In July 2019 Jayne completed her competencies for Scrub Nurse in the theatre and became a Theatre Scrub Specialist.

Maureen’s nursing career began in November 1993 starting as a Health Care Assistant in the General Hospital. After three years, Maureen was given the opportunity to continue in the nursing field working with clients at Sundale House.

“It was an experience which helped deepen my quest to become a nurse. In 2001 I held the position of Student Nurse. I qualified to Senior Nurse in 2003. With diligence and dedication I was promoted to Staff Nurse in 2006 and Senior Staff Nurse in 2009. I resigned from nursing in 2011 and returned in 2018 under the ‘Return to Practice Scheme’ as a Staff Nurse.”

Congratulations are extended to both Jayne and Maureen.