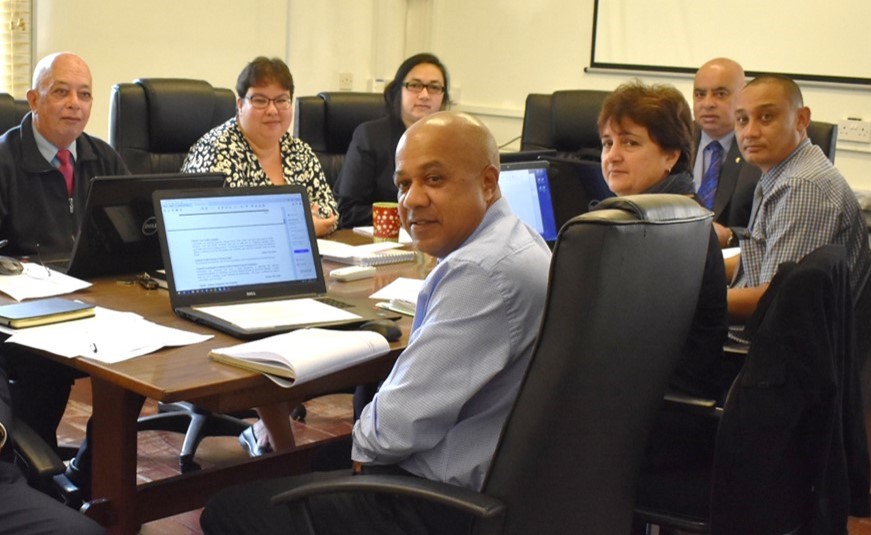 The monthly meeting of the Public Health Committee took place on Wednesday, 4 November 2020.

The proposed Primary Care Facility at Sundale was discussed. The Chairman gave an overview of the discussion held with Baroness Sugg regarding the demand for such a facility on St Helena and confirmed having highlighted the fact that financial constraints was essentially the largest issue, hence the need to minimise delays. The Committee therefore agreed the Business Case compiled in 2018 be updated. A concept design was also considered advantageous. In light of Baroness Sugg’s openness to further discussion, it was agreed that works be progressed as soon as possible. The Interim Director of Health undertook to take this forward.

It was noted that Technical Cooperation (TC) support was being sought in an effort to progress a National Health Insurance Scheme for St Helena. Progress in relation to this would be kept-in-view.

In an update on the proposed Psychiatric Intensive Care Unit (PICU), The Committee was informed that the relevant tender would be advertised once documents had been finalised. It was envisaged the time-frame for this would be one week. The Committee was pleased to note this progress.

The Health Promotion Lead gave an overview of progress in relation to the Tobacco Control Legislation/Regulations. The Health Promotion Lead advised that there was much to be done by way of engagement to ensure merchants were aware of practical implications of the legislation once implemented. In light of this, and additional work to be done in ensuring all supporting mechanisms were in place, the Health Promotion Lead considered it advantageous to defer implementation beyond 1 January 2021. In discussing this, the Committee considered various options and agreed the legislation be progressed for submission to both Executive and Legislative Councils in January 2021, with a view to implementation on 1 April 2021.

A presentation on COVID-19, including statistical data and essentially ‘what we know thus far’, generated much discussion. The Interim Director of Health commented on what this meant for St Helena, based purely on probability. The Committee was informed that all had essentially gone well following the charter flight in October, which included voluntary testing of passengers upon arrival, initially to test resources, processes and procedures etc. The Interim Director of Health advised that it was envisaged such testing would become mandatory moving forward. The Committee supported this, having previously discussed the benefits to St Helena. The Interim Director of Health gave an overview of arrangements in place for arrival of passengers on the flight in November 2020, and advised that travel requests were being considered. The criteria for exemption from quarantine at Bradley’s Camp was discussed at length as there were concerns from the public. It was clarified that each case would be considered on a case-by-case basis as per protocol and would have to meet at least one of the criteria for exemption.

The Committee was given an overview of preparatory work for the arrival of upcoming crew of the calibration flight and the processes in place for this. Publicity, in an effort to allay any fear that might arise within the public domain, was considered important.

The Chairman was contacted by a number of patients awaiting Orthopaedic surgery and subsequently spoke with the relevant Surgeon to determine cause of the delay(s). The surgeon had clarified the fact that surgical kit (i.e. instruments etc) had been awaited and could not be transported by air-freight. It was therefore considered advantageous that the public be informed of the situation and the fact that Orthopaedic surgeries would be scheduled to recommence in January 2021.

The Interim Director of Health gave a comprehensive overview of staff-related issues within various areas of the Directorate. Additional bids for new posts put forward as part of the Medium Term Expenditure Framework (MTEF) process were noted. The urgent need for maintenance of various assets (i.e. clinics etc) was also noted and would be taken up with Crown Estates.

Departure of two members of staff, recruited as part of the Island’s COVID preparedness and the fact the recruitment of replacement staff was proving difficult was noted. In discussing this, the Committee was informed that recruitment efforts would continue. It was clarified that these resources were being used to fill gaps within the Medical Service whilst the Island remained COVID-free. In addition, a Member sought confirmation as to whether there were plans for an Ophthalmic Surgeon to visit the Island shortly. In discussing this, it was clarified that such specialists were not prepared to travel amidst uncertain times, due to the need to quarantine (upon arrival at St Helena and on return to their country of residence) and essentially be away from their day-to-day jobs for an extended period of time. The Committee was advised that irrespective of this, however, recruitment efforts would continue.

The September and October 2020 Public Health Committee meeting summaries can be found on the SHG website via: https://www.sainthelena.gov.sh/government/legislative-council/councils/public-health-committee/.