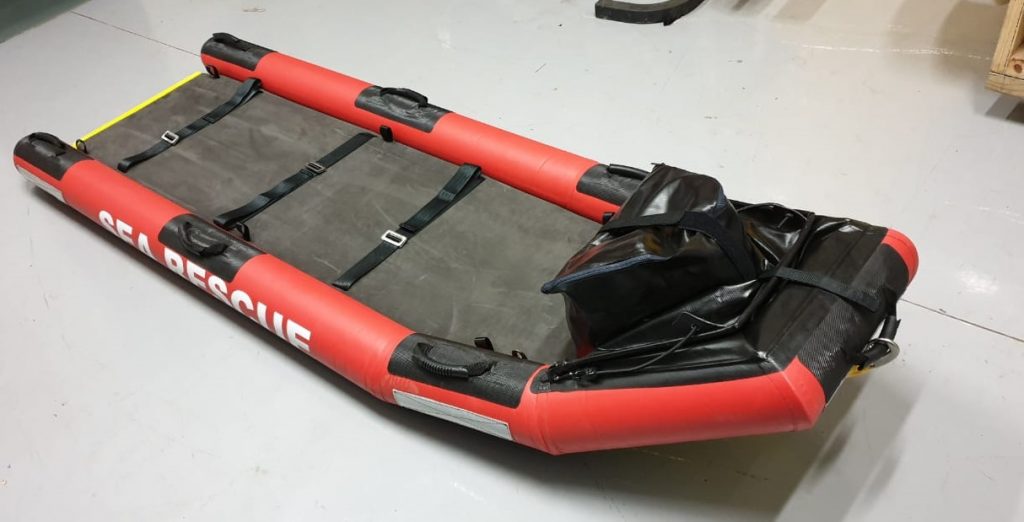 The St Helena Sea Rescue Service recently trained with and tested a new water rescue stretcher on Wednesday, 27 May, which was funded by the MCA (UK Maritime Coastguard Agency) through the CSSF (Conflict, Stability and Security Fund) and donated to the Sea Rescue Service.

Some of the features of the new stretcher include:

The stretcher was designed in 2018/19 and is now being utilised by many rescue services around the world.

“This stretcher has improved the service’s capability in this type of rescue. It is a very versatile piece of equipment that has numerous benefits, is very well designed, and the build quality is good.

“On the last weekly training session, the Sea Rescue team had the opportunity to test the stretcher in a casualty extrication exercise which was setup and carried out at Prosperous Bay Beach. The exercise was a success and the team was very happy with the new stretcher and the improved features. They felt confident that it would serve the community well if/when it is used in a rescue.”