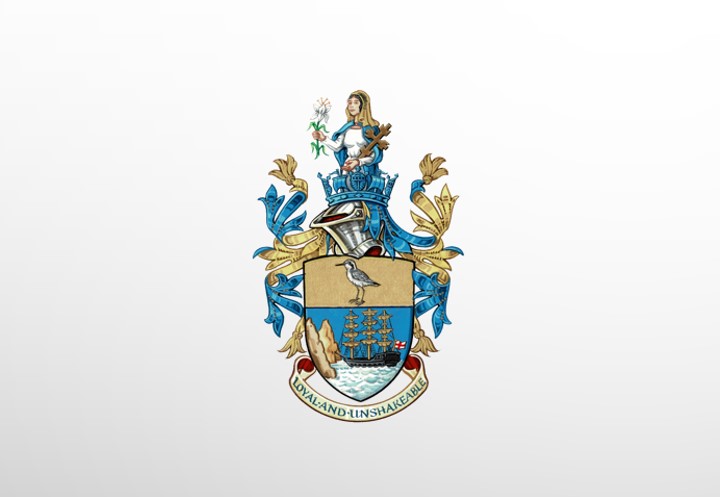 During the build stage of the new Custody Suite at Coleman House, Jamestown, workers uncovered some fragmented bones which have since been identified as human remains.

Whilst it was not expected, there was always a possibility of uncovering human remains as the location of the build is at the edge of a former burial site and on ground which has had previous extensive work carried out. As a result of this, an archaeological watching brief was ordered as part of the planning permission stipulations.

When the small fragments of bone were unearthed, all works were halted. The Project Manager contacted Museum Director, Adam Sizeland, who made a site visit. Adam confirmed that the bones were human, but that they appeared to have been severely disturbed and disrupted during previous building works.

“While we didn’t expect to find human remains, it was always a risk with the unfortunate fact that this known graveyard site had been heavily disturbed in the past, with most of the damage having already been done. The uncovering of human remains is always an emotive and sensitive issue, but I am happy with the process followed and that this has been handled with care and diligence by the team involved.

“To keep the remains in situ and to disturb them no further is the most appropriate and respectful outcome. This will also prevent any further damage to them and ensures that they remain where they were buried.”

Prison Manager, Heidi Murray, is overseeing the construction of the new Custody Suite. She said:

“After seeking advice, it was agreed that because the remains were in such a poor state with only very small fragments being unearthed, it would not be possible to relocate them to another burial ground. It was felt that the most appropriate course of action to follow would be to leave the remains in situ and that any further work should be carried out meticulously to ensure no further damage to them during the build. As previously, the team will continue to work under the archaeological watching brief whilst this part of the build continues.”

The former burial ground had been disused since December 1853, and was deconsecrated in August 1951 for the construction of the Jamestown Infant School (now Coleman House).

“I have been in contact with The Right Reverend, Bishop Dale Bowers, to arrange for a service of remembrance to be carried out on the site as soon as possible. Once the building has been completed, we will also have a dedication service for the whole site, to commemorate the people who were laid to rest in Middle Grave Yard. There will also be an unveiling of a plaque dedicated to their memory and a service to mark the occasion.”