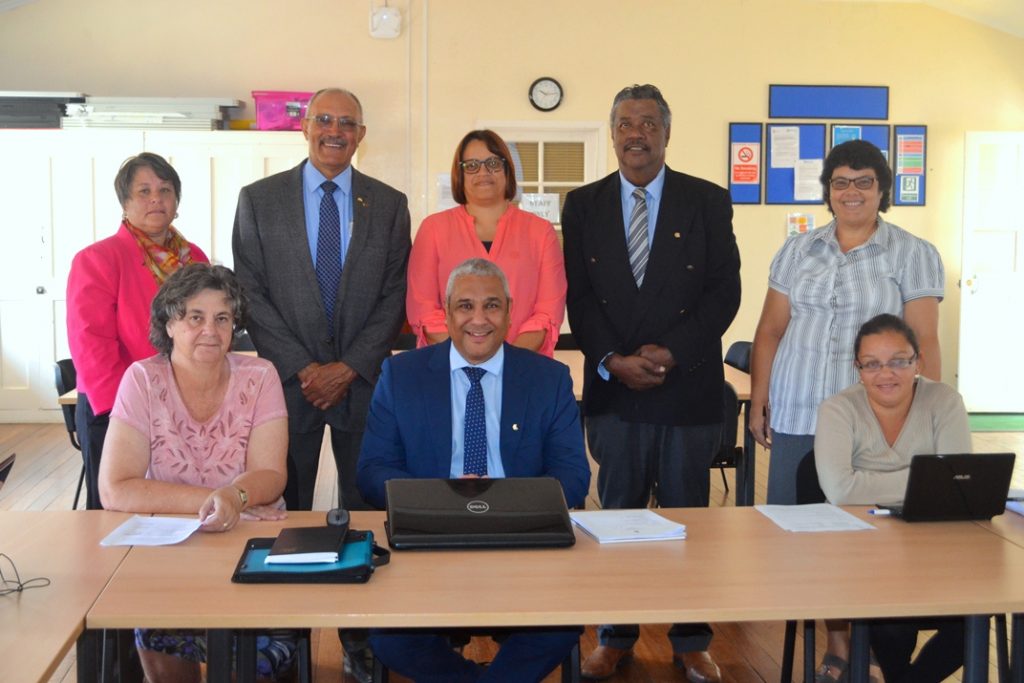 The monthly meeting of the Education & Employment Committee took place on Wednesday, 19 August 2020.

The Senior Economist gave an update on the Career Access St Helena (CASH) Scheme. It was explained that whilst funding was approved for CASH, the restructuring of St Helena Government (SHG) and the freeze on recruitment meant a temporary person would be recruited until the end of the year to progress this work. It was noted that whilst CASH would be linked to the Benefits Office, it should not sit directly under it. Regarding the online registry, it was agreed that in going forward, wider promotion, specifically more engagement within the school environment, is needed. The Senior Economist would provide Policy support to the Committee on issues relating to employment.

The Chief Secretary was asked to give an overview of the Committee responsibilities which recently broadened to include employment. She explained that these would now include responsibility for the Education Ordinance, 2008, Employees Compensation Ordinance, Cap. 121, Employment Rights Ordinance, 2010, and Pensions Ordinance, 2012. The Director had a query regarding any potential change of roles and staff responsibilities resulting from employment coming under the Education Directorate. The Chief Secretary advised that initially this will need to be incorporated into the Assistant Director of Lifelong Learning role. A review is planned for the next Financial Year and this would inform if there would be need for additional resources.

Policies within Prince Andrew School (PAS) were discussed and it was also noted that a Directorate Policy Register is now being developed. The Homework Policy was developed due to ongoing issues with homework in PAS. It was decided to make this a formal process, so the current Homework Guidelines were adapted. The Head Teacher of PAS explained to members that the Policy detailed the reason why students do homework, the expectations, the procedures if homework is not completed, roles and responsibilities, and sample letters. It was noted that the Anti-Bullying Policy was due for review. It was reviewed by the Student Council during Anti-Bullying Week but there were no suggested changes. Members asked if the front page could be consistent with the other Policies and also asked if this Policy is working.

It was stated that there may be a need to look at tougher sanctions in view of persistent bullying, an action which will be followed up. This review will take place as a part of PAS Anti-Bullying Week in November 2020. The Student Council Policy has been worked on by the President and Vice President of the Student Council. They wanted to work on the Policy to scale down the number of student representatives on the Council to make it a more effective body. The Policy was explained to members, with queries and amendments suggested. Members agreed all Policies were acceptable but gave the condition that parents be consulted on these also. The Head Teacher advised that all three Policies will be consulted on with parents during the Annual Parents Teachers Association (PTA) Meeting and then revised accordingly. They will then be referred back to the Committee for final approval. The aim is to publish all approved Policies on the SHG Website for parents to access and download if required. The School Behaviour Policy missed the submission deadline, therefore the PAS Head Teacher advised that she would also take this Policy to the Annual PTA Meeting and will include as an agenda item for October’s Committee meeting.

Committee was asked for their opinions on the management of the Apprenticeship Scheme budget for this year. The President of the Student Council at PAS had had a discussion with the Director and stated that students were open to the idea of a flat rate if it meant that more students could have access to an allowance. Documentation was sent prior to the meeting with discussions held regarding the wording in the legislation with regards to what constitutes employment. It was noted that legal advice would be needed. Committee was in agreement for the Directorate to use the current allowances. Various discussions were then held by members which included gaining other sponsorships for the Apprenticeship Scheme. There are some departments who have offered to sponsor an Apprentice for this year. This will continue to be worked on for the future.