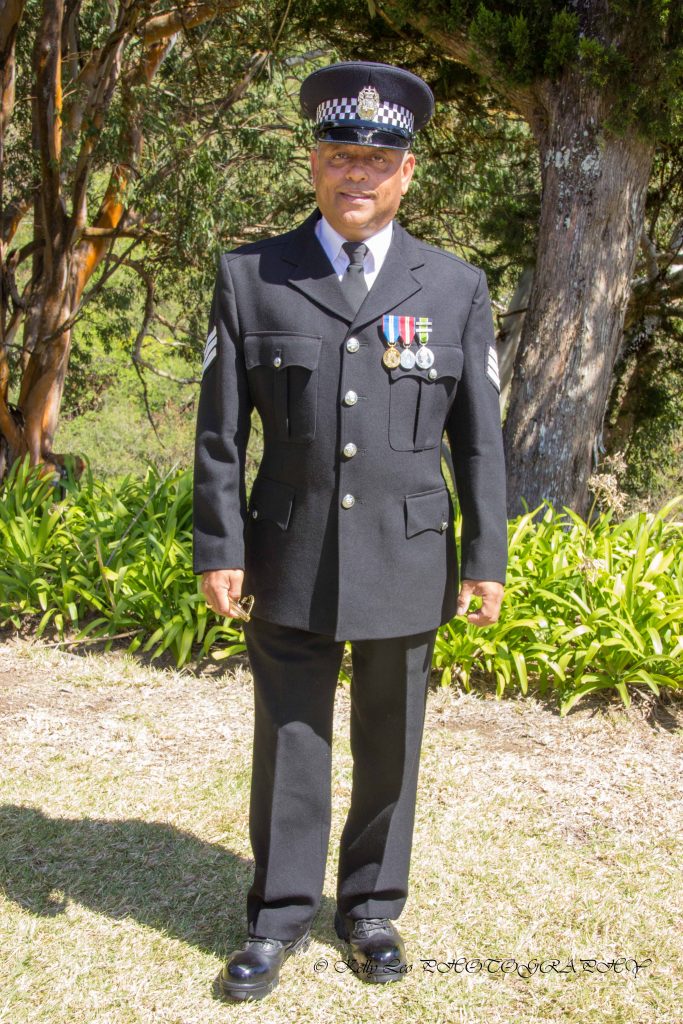 Sergeant Roberts joined the St Helena Police Service on 1 August 1979. Having completed his initial training course at the Police Training Centre at Ashford in Kent in 1987, Sergeant Roberts has served on St Helena as well as a number of occasions on Ascension Island.

“During my career I have experienced a whole host of situations, many happy ones, some sad, some even frightening and stressful, but each one has provided me with a memory I will keep forever. Being a Police Officer for me is about delivering a quality service to the Public and doing what I can to make their lives better, even at times when they don’t feel they will ever be better. I am proud of the high standards I have set and maintained during my career and am proud to have served my community. I have really enjoyed my service and will continue to do so for as long as I can.”

Sergeant Roberts sat and passed his Inspectors examination in June 1989 and has performed the duties of Inspector of Operations on both St Helena and Ascension, having received letters of commendations for devotion to duty and long hours worked, and also for commitment and dedication to policing.

During his lengthy policing career, Sergeant Roberts has passed courses in Police Training Development, Personal Safety in Self Defence, Public Order Commands, and even Prison Management.

He has been a public prosecutor for many years, a Training Officer for ten years, Acting Inspector on numerous occasions, and has also worked within the Criminal Investigations Department as a Detective Sergeant.

In 1998, Sergeant Roberts was awarded the Colonial Police Long Service Medal for 18 years and then the clasp awards for 25 and 30 years of qualifying service. He has also been presented the Queens Silver and Golden Jubilee Medals.

“Public service must be more than doing a job efficiently and honestly. Sergeant Clarence Roberts having completed 40 years’ service with the St Helena Police Directorate has shown complete dedication to the people of St Helena and Ascension Island. I think there’s no higher calling in terms of a career than public service, which is a chance to make a difference in people’s lives and improve our communities which Clarence has embraced throughout his distinguished career.”