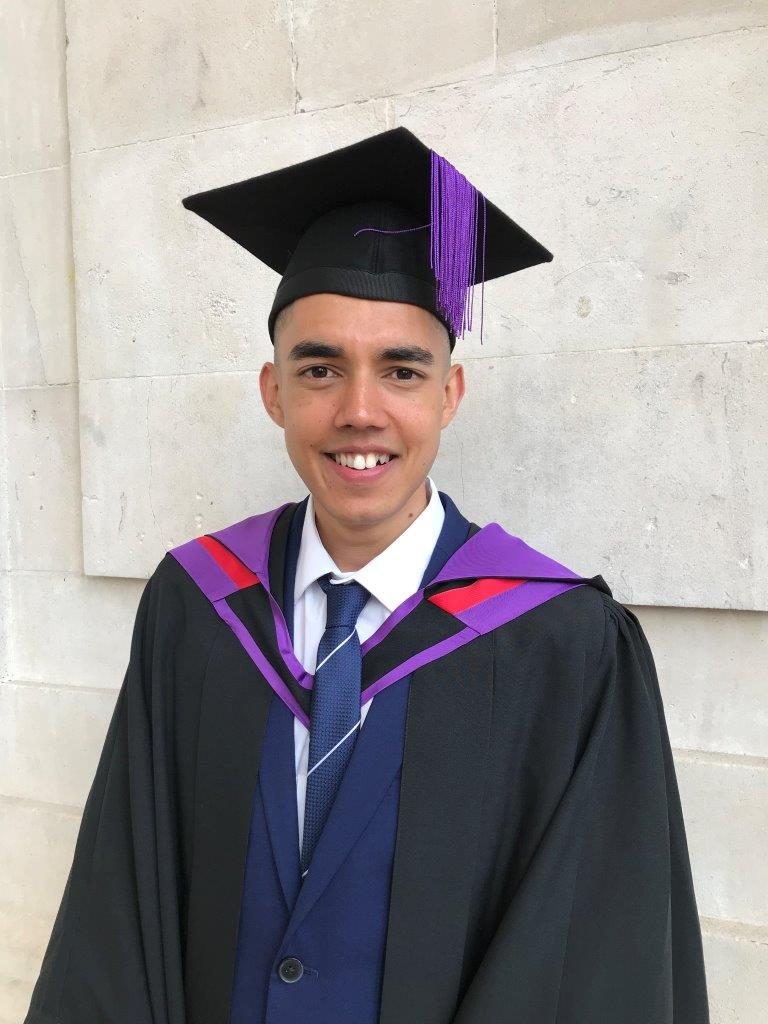 David Clarke of New Ground, St Paul’s, has recently graduated having achieved a First Class Honours Bachelor of Science Degree in Mathematics following three years of study at the University of Portsmouth in the UK.

“The final year was, as forecasted, the most challenging. I felt I had picked my options well as they surrounded areas of my personal interest making them more enjoyable, however four of the six units were the hardest units offered on the degree.”

Advanced Analysis was a pure mathematics unit, one of the rarest types of math skill, and was avoided by most undergraduates with only David and two other students selecting it. Coordinated by the Head of the Department, Professor Andrew Osbaldestin, the unit consisted of material on metric and topological spaces, whereby David was tasked with learning new definitions, theories, and corresponding proofs. The assessment method for this unit was a three hour exam worth 100%.

Commenting on the unit, David said:

“In this exam I found it difficult to prove a few theories using logical statements that were often mind-twisting. Still it was a great opportunity to learn and build a reputation with the Head of Department.

“In addition, the unit Introduction to General Relativity & Cosmology was another great accomplishment, learning how Albert Einstein had constructed his Theory of General Relativity to mathematically describe gravity due to matter and curved spacetime.”

Despite selecting some of the hardest units available, David stood to the challenge and persevered, coming out with a pass in each and every unit.

On the skills he learned, David said:

“It is important to note that the level of thinking involved to both understand the material taught and problem solve is a valuable skill that not only relates to math but many other fields and everyday scenarios.”

David graduated on Monday, 15 July 2019, and will soon return to St Helena where he will embark on a new journey enrolling on the iPGCE programme at Prince Andrew School.

“I’d like to thank those involved in the scholarship for the wonderful opportunity to expand my math skills, general ability, and confidence, all of which will contribute in improving St Helena overtime.”