This was the final week of the St Helena Police Initial Police Training seven-week course.

The students took their final examinations and were tested against the entire course content in a final summative exercise. This consisted of having to deal with six practical scenarios. These included dealing with a violent domestic incident, a suspected drunk driver, a disturbance in the street, a vulnerable person, a male with an offensive weapon, and a suspect in custody.

This was a challenging practical examination, but the students dealt with each incident in a measured and professional manner. As a result, they all passed this final test.

During the week, they also received additional law training, including how to deal with a breach of the peace. The Health Directorate also delivered First Aid Training to the officers.

This now completes their Initial Police Training. The successful officers will now be out on patrol, in company with other Police Officers. They will return for further post foundation training over the next twelve months to build on their initial training. 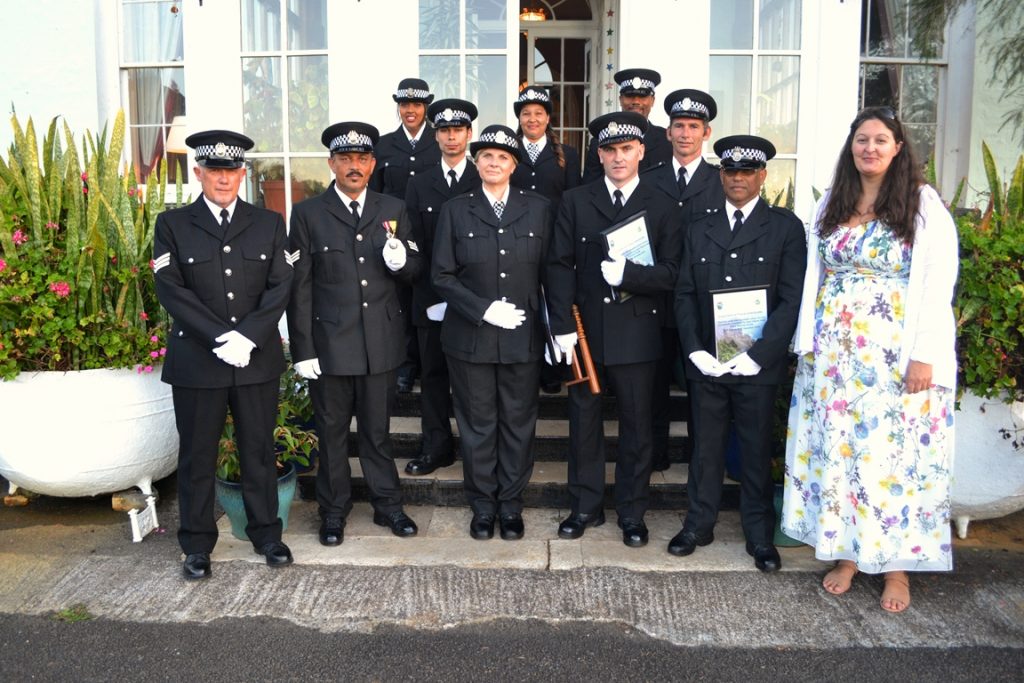 “They will now need the support of the community to help them keep people safe and make St Helena an even better place to live and work. I wish all of them well for the future.”

“The students have now successfully completed their initial training and I would like to thank the public for the support that has been shown during the past seven weeks. It has been a pleasure to assist in the development of these new officers and I wish them every success for the future.”

Their course culminated in a Police Passing-Out Parade at Plantation house on Thursday, 6 December, in front of the Governor, Senior Officers, family and friends. 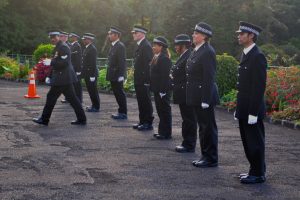 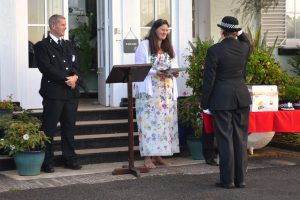 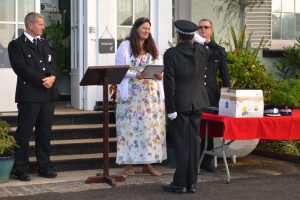