The regular commercial charter service between St Helena and Ascension Island began this weekend with the first flight landing at Wideawake Airfield, Ascension, on the afternoon of Saturday, 18 November 2017. 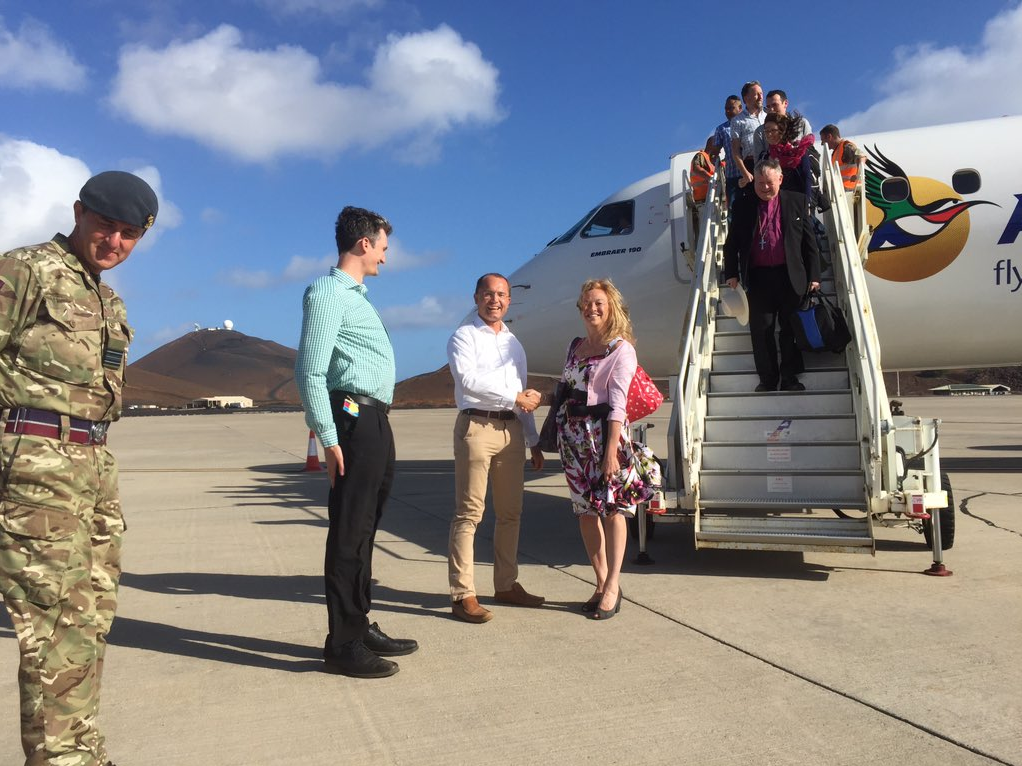 “I’m delighted the first inter-Island flight went so smoothly and with monthly flights from now on, the historic links between the Islands and Saints will be preserved. It was great to see all the organisations on Ascension and St Helena pulling together to make the flight a success.

On a personal note, I am delighted to have seen this project through to completion before my term as Administrator comes to an end on Wednesday.”

Governor Lisa Phillips was a passenger on the first flight to Ascension, taking the opportunity to stay overnight and meet with Councillors and residents.

“It was a privilege to be on the first inter-island air link between St Helena and Ascension. The flight was very smooth and it was amazing to get between the two parts of the territory in less than two hours. The inter-island flight is a specially arranged charter by employers on Ascension for their employees and will provide a critical transport link.”

This commercial charter service to Ascension will take place on the second Saturday of each month.

Tickets can be purchased via the Ascension Island Government website: http://www.ascension-island.gov.ac/airlink-tickets-now-on-sale/