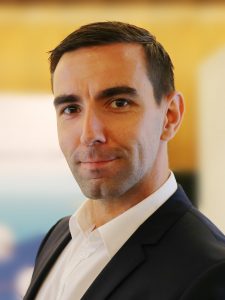 Christian has been working with St Helena Government for some time and has passionately championed the need for St Helena to have access to a marine cable, undertaking all of his work for the Island at no cost.

Now that the MOU has been signed with SAEX to deliver the Submarine Cable Project, Christian is visiting the Island to meet key stakeholders and to also facilitate various workshops.

A public event will be held at the Museum of St Helena on Tuesday, 21 November 2017, at 5pm and members of the public are invited to come along to hear Christian explain more about the project.

Christian works for Megaport, a leader in global Software Defined Networking and provider of cloud connectivity where he is responsible for business development across the Europe, Middle East, and Africa region.

In his voluntary role at A Human Right, Christian has been working on projects to bring Internet connectivity into underserved and unserved regions, including to St Helena which seeks to connect to a planned transatlantic submarine cable.