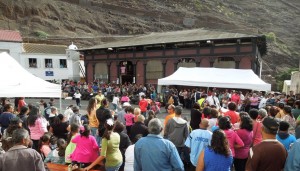 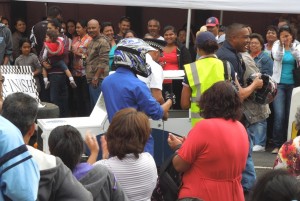 Organised by SHAPE (St Helena’s Active Participation in Enterprise), the event encouraged the participation of homemade Go-Karts to race down Main Street, Jamestown, finishing on the Bridge in the market place area.

The thrilling and at times hilarious event saw eight entrants, and several spills during the qualifying races.

Cable and Wireless emerged the overall winners, finishing in a remarkable time of just over 40 seconds in their Company inspired Land Rover-styled Go-Kart. Following closely behind was Prince Andrew School’s ‘Renault’ and third place went to Thorpe’s Stores.

SHAPE itself also picked up a prize for best design but had to withdraw from the competition later due to technical difficulties.

“We were very happy with the afternoon’s event. Lots of hard work went into its preparation and we were really pleased with the turnout and overall success. Our thanks are extended to all those who took part and to the public for their great support.”

Total monies raised on the day were £1628 which will now go towards the £10,000 needed each year to help with SHAPE activities.

The success of the event has now earmarked it as an annual activity.