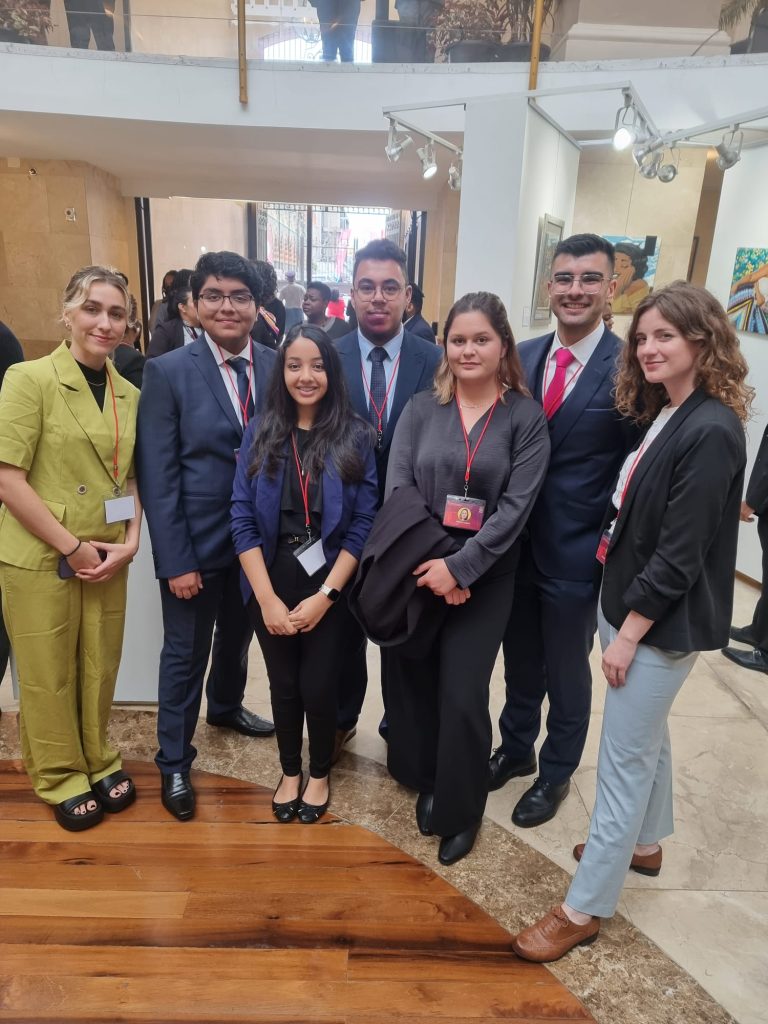 Isaac Greentree and Marcella Mittens have recently returned from the 11th Commonwealth Youth Parliament (CYP) that took place in Port of Spain, Republic of Trinidad and Tobago.

The CYP is a Commonwealth Parliament Association (CPA) programme that brings together participants aged 18-29 representing the nine CPA regions, with the event running over the course of a week.

A mock piece of legislation that was presented to parliament to debate included an Act to provide for the establishment of remote workplaces and a four-day work week for employees, along with a number of related matters. Isaac represented the National Labour Party (Opposition) and Marcella represented the New Political Movement (Government).

﻿“Within only a week of being in the Commonwealth Youth Parliament, I already feel empowered, energetic and enthusiastic. I have learnt so much from this amazing opportunity, absorbing all the knowledge the commonwealth delegates and other parliamentarians bestowed upon me. I’ve learnt a lot about the democratic process and how we can express ourselves and be heard on issues that matter to us. It was a great pleasure to represent St Helena and our young people. I look forward to seeing our Commonwealth Youth Parliament continue to strengthen and I hope that more young people on the Island continue to engage more with politics.”

Isaac, who debated about the costs of remote working for employees and employers, said:

“Representing St Helena at the 11th CYP in Trinidad and Tobago has been an unforgettable experience. To be a part of the national labour party has genuinely portrayed a systematic image of what democracy is truly about. Scrutinising a bill to ensure suitability for the people proved challenging but after reaching committee stage, a consensus between the government and national labour party saw both groups pleased with the outcome. To meet with delegates from 54 countries and territories across the world was an immeasurable cultural experience, which I am extremely grateful to have been a part of. I would like to thank the CPA for allowing me to participate in this once in a lifetime opportunity.”