Phase One Of The Judicial Relocation Project Completed 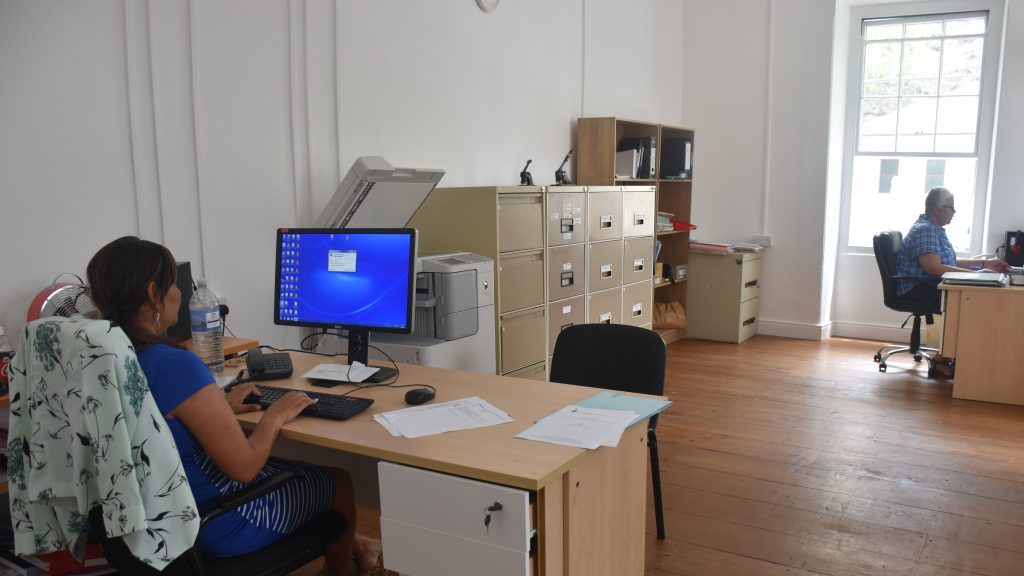 The Programme Management Unit would like to advise the public that Phase One of the Judicial Relocation Project has been completed.

This work, undertaken by Solomon & Company (St Helena) Plc, began on-site in June 2020 and involved the internal renovation and refurbishment of the former Police Headquarters to provide office space and a dedicated Jury Room for Judicial Services.

The public is thanked for their patience and understanding during these works and thanks are also extended to Solomon & Company (St Helena) Plc for a job well done.

Judicial Services were previously based at the Castle Courtyard and relocated to their new premises on 27 January 2021.

The role of Judicial Services is to secure the administration of justice and other legal services. On a day to day basis, Judicial deals with all Court and tribunal matters in compliance with governing legislation and are responsible for ensuring the delivery of justice meets the required standards.

Judicial Services also provides the services of administering oaths, probate and letters of administration and the registration of companies, patents and trademarks and powers of attorney. In addition the section provides general legal guidance to the public on matters within its responsibilities.