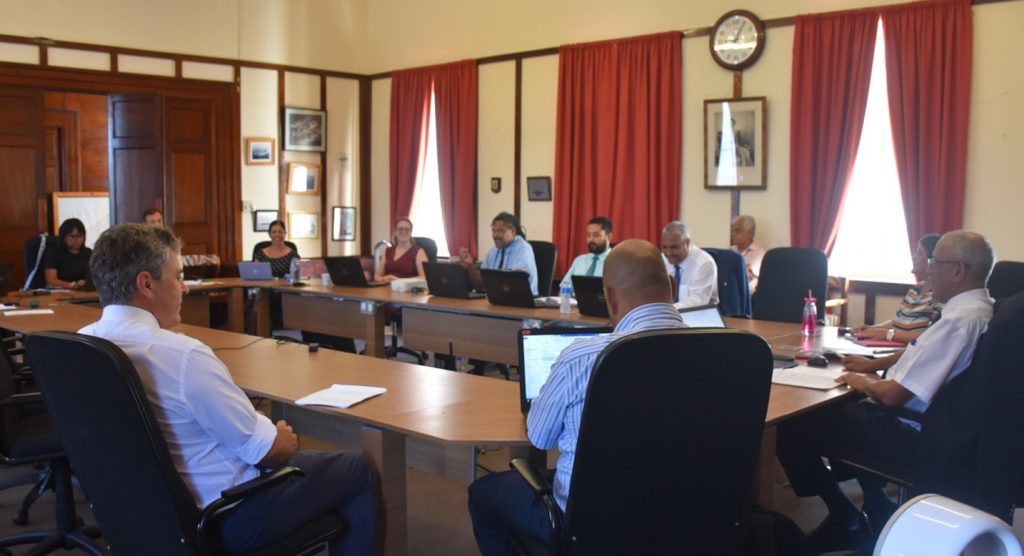 The monthly meeting of the Economic Development Committee took place on Thursday, 28 January 2021.

Enterprise St Helena (ESH) presented an overview of their progress and performance as at the end of December 2020, during which they provided an update regarding the extended COVID-19 support to local businesses, the agricultural support being provided to local farmers, and training courses which are currently being delivered on-Island via digital platforms. Additionally, the Director of Tourism gave her quarterly update to Committee Members, during which updates were provided in relation to the various project components that the Tourism Office is currently taking forward or assisting with. These include Dark Skies, Interpretation Signage, Liberated African burial grounds, Zulu Memorial, and support to the Air Access Office in respect of flights. Special mention was made that a new International Tour Operator was planning to schedule trips to the Island for 2023. Following a request at the last regular meeting of the Economic Development Committee, the ESH Marketing and Communications Manager gave a presentation relating to the international promotion undertaken, both during last financial year and thus far this financial year, through the two offshore PR Agencies, during which it was acknowledged that both a reduction in marketing budget and the global pandemic had generated a negative impact on the Island’s promotional efforts.

Assistant Economist, Marcella Mittens, presented the mid-year Sustainable Economic Development Plan progress report to members. This outlined the progress between March and October particularly with regards to fibre optic connectivity, communications and the Company Registry. This also noted the issues in the tourism sector, and the support packages which have existed. The full update report, including State of the Economy commentary by the Chief Economist, is available at the Public Information, Reports and Policies page on the SHG website. https://www.sainthelena.gov.sh/government/public-information/.

The Environment, Natural Resources and Planning Directorate was able to update the Committee with regards to their plan for replenishing chicks for egg production. Subject to being able to secure freight space on the flight in March from the UK, ENRP are planning to import a consignment of 1000 day-old Lohmann Brown chicks from the UK to support egg producers. If successful, the chicks will undergo the normal four week quarantine process at Rupert’s.