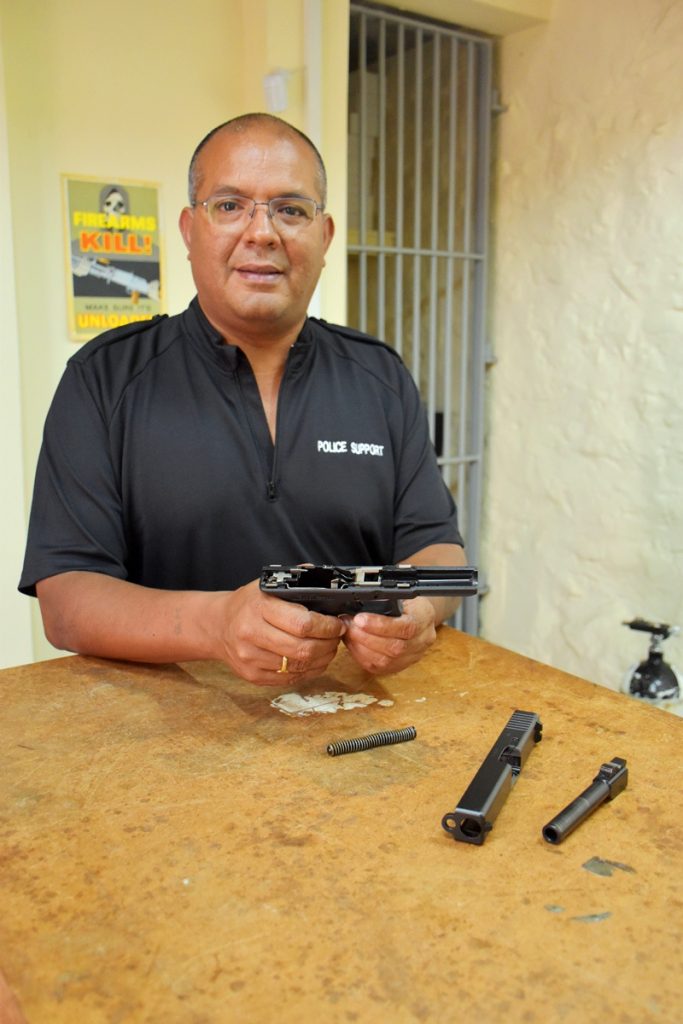 Initially certified as an Armourer in 2015, Garry undertook the Armourer recertification course in Nottingham with Heckler & Koch, a German defence manufacturing company. Here Garry learned how to take apart the MP5, G36, 417, and Baton guns. He was also tasked with identifying and fixing faults on these weapons.

As part of his recertification training, Garry sat both a written and practical exam. In the Heckler & Koch written exam Garry had to identify and name each individual part of a weapon. The practical exam put Garry’s skills to the test as he had to disassemble 12 Glock guns and find the fault in each one before reassembling them again, with just seven minutes allowed on each weapon.

As Armourer for the St Helena Police Force, Garry is in charge of the Armoury and responsible for the maintenance and servicing of all Police firearms. He is also in charge of the Police shooting range and has the authority to remove anyone from the range that he feels are not conducting themselves in a safe manner.

During his time in the UK, Garry also undertook a work placement with the Leicestershire Police Service and had the opportunity to police a football match alongside former St Helena Chief Inspector, Steve Riley.