In his opening speech, Sea Rescue Manager, Simon Wade, welcomed everyone and thanked those involved with the planning and development of the Sea Rescue Facility for their hard work and dedication.

Bishop Richard Fenwick blessed the building and Governor Lisa gave a short speech of reflection before cutting the ribbon and unveiling a plaque to declare the Facility officially open.

During the ceremony, a presentation was also made to auxiliary Sea Rescue team members, Keith Yon and Doran Henry, who will be leaving the service. Doran has been one of the longest serving members of the Sea Rescue Service.

The event concluded with guests touring the Facility.

The Sea Rescue Facility was built as part of the Airport Project. Due to the Runway being in close proximity to the ocean, Aviation Regulations required St Helena to provide an enhanced Sea Rescue Service to support the on-Island emergency teams.

The Facility, built in 2017 by Basil Read, now houses three rescue vessels and has space for conducting maintenance on them.

The Sea Rescue Service relocated from their temporary housing at the Wharf in Jamestown to their new purpose built Facility in December 2017. 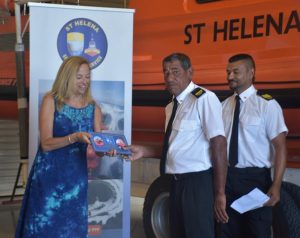 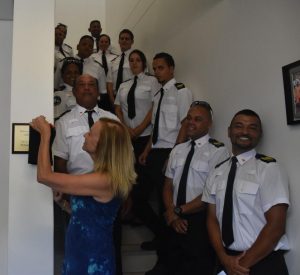 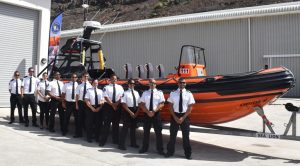