Derek has been appointed on a three-year contract and his main duties will include overseeing property of the Crown Estate, which incorporates Land Registry, Chief Secretary Housing and the Public Works and Roads Sections.

“I have always wanted to work in a British Overseas Territory and had been looking at positions on St Helena for 18 months. I was fascinated by the Island’s culture, history, landscape, unique animals, temperate weather and most importantly its people.”

“It is great to finally have Derek on board; he brings a new dimension to the Property team, having worked extensively on property development and the legal aspects of land sales, leases and land registry. He is already developing an affinity for the Island, its community and culture in the short space of time he has been here.”

Derek has worked in Bush Alaska for a large retailer, managed a regional electrical retail company in Stoke on Trent which included reviewing regularly their property portfolio, and for the last two years, worked as a conveyancer in Manchester and Stoke on Trent for two different solicitor practices. 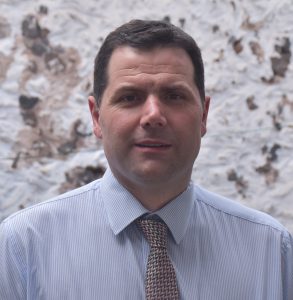