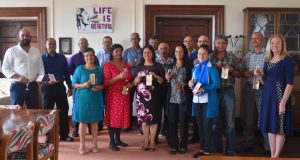 Recipients who were awarded Certificates & Badges of Honour earlier this year were presented with their Badges of Honour, by Governor Lisa Honan in the Governor’s Office, the Castle, on Thursday, 9 August 2018.

The Badges of Honour were presented on Thursday having not arrived on-Island in time to be presented along with the certificates at the Queen’s Birthday Garden Party in June.

“It was a proud day for me to be able to present these awards which were for long service on the RMS and in the health service and for bravery. These awards are richly deserved and St Helena owes a debt of gratitude to the people receiving them.”

Recipients of Certificates and Badges of Honour were: 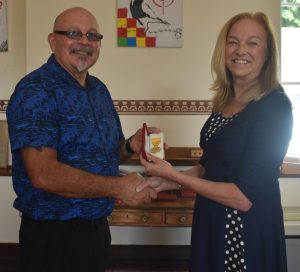 Long service (37 years) and outstanding achievement on the RMS

In recognition of loyal and valuable services in the nursing profession 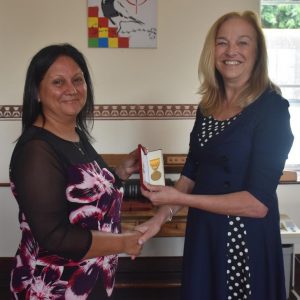 Governor Lisa also presented bronze medals from the Royal Humane Society for performing an act of bravery on Ascension Island in 2017 to Dean Gonsalves, Craig Scipio and Paul Scipio.