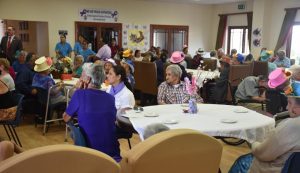 The catchphrase driving objectives on the Island for the week was ‘RESPECTED ALWAYS’. The aim of the campaign was to raise awareness of elder abuse but more importantly to focus on protecting the rights of all older persons.

The main celebrations of the campaign took place on Thursday, 15 June, at the Community Care Centre. Also on this day, various directorates as well as members of the public showed a sign of respect to the elderly by wearing the colour purple – a symbol of hope representing a society that promotes 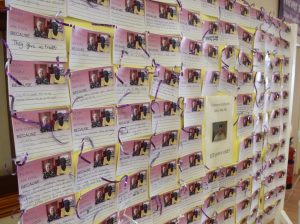 treating all the elderly with dignity and respect.

“I have talked to many older people on St Helena since I’ve been here, at my tea parties and at other occasions. They tell me that they do not feel old inside, many are fiercely independent…. But there are also those who are vulnerable. These are the people most likely to be at risk of elder abuse. It is those that we need to protect.

“The older generation on St Helena also tell me that they feel young people do not respect them. Some have talked about this in the context of elder abuse. However, I believe it is too simplistic to turn this into an inter-generational issue. In fact, we know from elsewhere that the biggest risk to older people is actually much closer to home, it is within their own homes. It is difficult to accept that our families are not always a safe haven. 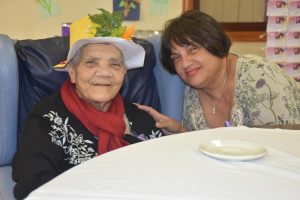 “I believe this all adds to the weight of our collective responsibility to act, and to speak up for older persons when they are unable or unwilling to speak for themselves.  All of us can and must be prepared to be advocates for older people, if abuse is ever to be prevented and stopped.”

“This week we have seen our people of the Island once again rise up to honour the elderly citizens. Individuals, communities, districts, SHG Agencies, and St Helena  businesses have all come together to willingly support the events that were planned for the WEAAD Campaign.

“It was also exciting and humbling to see the broader public, government and private employers and employees all wearing purple clothing and the purple ribbon in support of this campaign. We wish to sincerley thank everyone for participating. 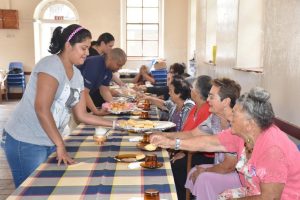 “The events of the week came to an end today with the last tea party at the Jamestown Community Centre, yet the message goes out to each of us today, to be informed and aware of services available to the elderly, to diligently and honourably uphold and support the rights of all our elderly to live wih dignity and respect. We are also being challenged to take the time to visit the elderly , to speak to the elderly , to offer help to the elderly and to care and keep our elderly safe. Tata Nelson Mandela very passionately said ‘It always seems impossible until it’s done’.

“A society that does not value its older people, denies its roots and endangers its future. Let us strive to enhance their capacity to support themselves and when they cannot do so anymore, TO CARE FOR THEM!” ( Nelson Mandela )

Full copies of Governor Lisa Phillips Speech and Nicolene Adams’ Report, along with six photos, are attached to this release. 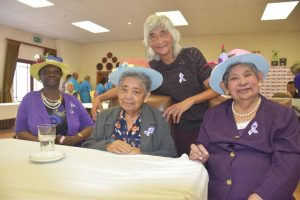 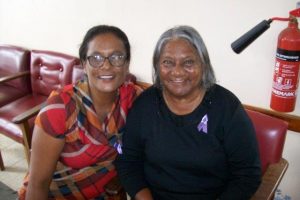