A Divine Service, in honour of those who had lost their lives or had been injured during active duty, was held at the Cenotaph in Jamestown on Sunday, 12 November 2017. Her Excellency Governor Lisa Phillips arrived at 10.55am, and the Right Reverend Lord Bishop of St Helena, Dr Richard Fenwick, invited those in attendance to pray, before observing a two-minute silence, signalled by the Last Post which was solemnly played by the Scouts.

Canon Clive Duncan read the Lesson and prayers were led by Archdeacon Dale Bowers, Father David Musgrave, Lieutenant Coral Yon and Pastor Paul Millin. During the Service, hymns were sung, including ‘O God, Our Help in Ages Past’, ‘The Lord’s My Shepherd’ and ‘Praise My Soul the King of Heaven’. The Act of Commitment was made and acts of peace were then offered. The Service concluded with the National Anthem and Blessing, followed by the traditional March-Past outside the Court House, with music from the Get-togethers Orchestra and the Salvation Army Band. 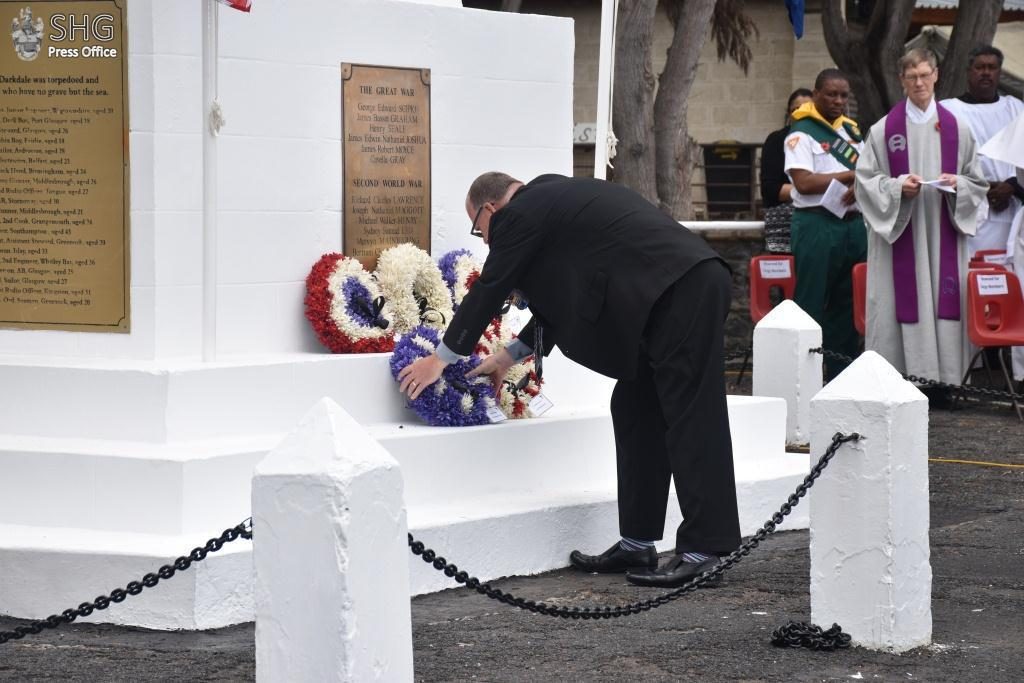 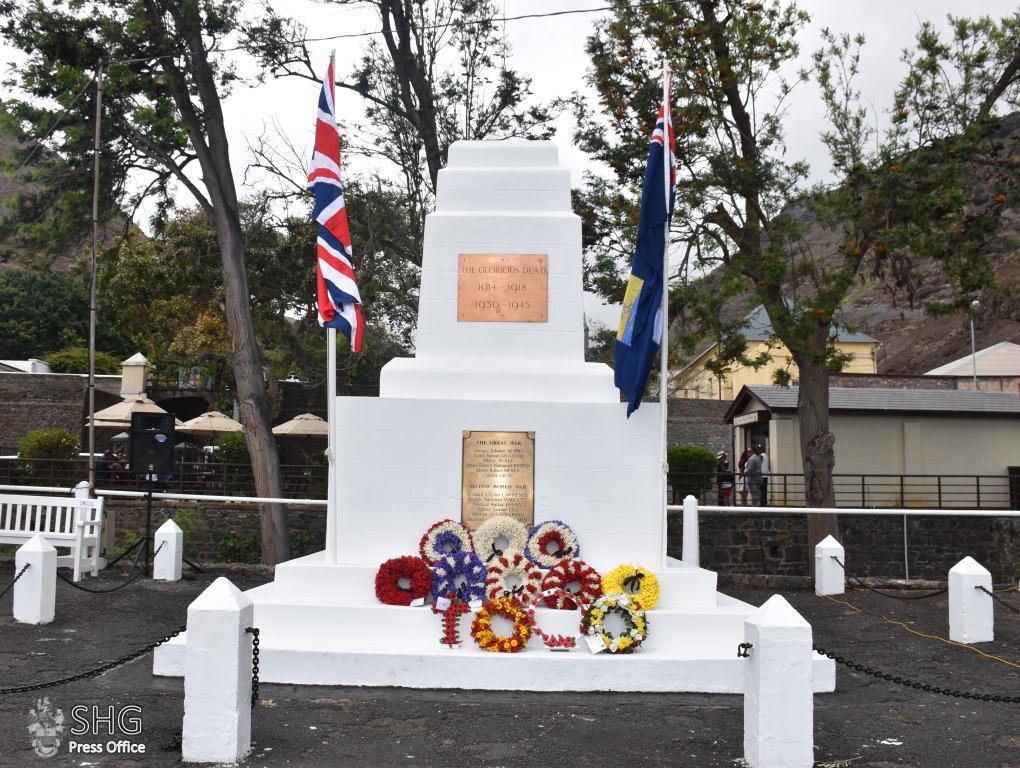