Edna Johnson originally from South Africa recently arrived at St Helena to take up the role of Crown Counsel (Civil) in the Attorney General’s Chambers.

Edna has been appointed on a two-year contract and her main duty will require her to undertake any civil law matters such as property, planning and employment.

“I decided to take up this role as it is incredibly interesting and diverse – plus the opportunity to live on an island for two years helped with my decision. By working in this post I hope to master my brief and expand my knowledge of law. This will be the third jurisdiction I have worked in, so it is all very exciting.”

Edna was admitted as an Attorney of the High Court of South Africa in 2007 and two years later as a Solicitor in England and Wales. Edna has worked in private practice in South Africa and as an in-house solicitor for the Royal Hospital Chelsea, and a local authority.  She was the solicitor for a professional association in London before coming to St Helena. Edna also has a Master’s in Business & Commercial law by the Liverpool John Moores University.

“In the last 18 months we have had an increase in litigation and requests for advice on civil matters.  Therefore, having in-house expertise in this area of law was a necessity. On behalf of the team, I extend to Edna a warm welcome to Chambers.” 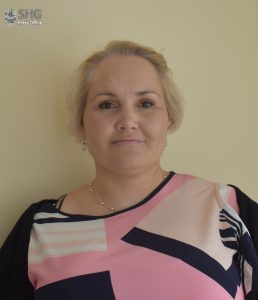