The presentation began with a welcoming speech by Chief of Police David Lynch.

The Chief of Police, together with the Acting Governor, presented certificates of achievement to those who had successfully completed the Police Firearms Officer’s Course.

Christopher ‘Sheriff’ Joshua was also awarded a ‘Long Service’ clasp. This clasp is awarded to officers who have completed 26+ years’ service with the St Helena Police.

“I am delighted to have hosted this event to celebrate the amazing achievements of those who completed the firearms course and to PC Chris Joshua for more than 26 years of service in the St Helena Police. I am very proud of all of these exceptional individuals, and of the talent and commitment that clearly exists in the Police Directorate.

“The event also serves as a reminder of the hard work that goes into keeping the people of St Helena, Ascension, and Tristan da Cunha safe and secure so I would like to thank all those who dedicate themselves to this crucial job.” 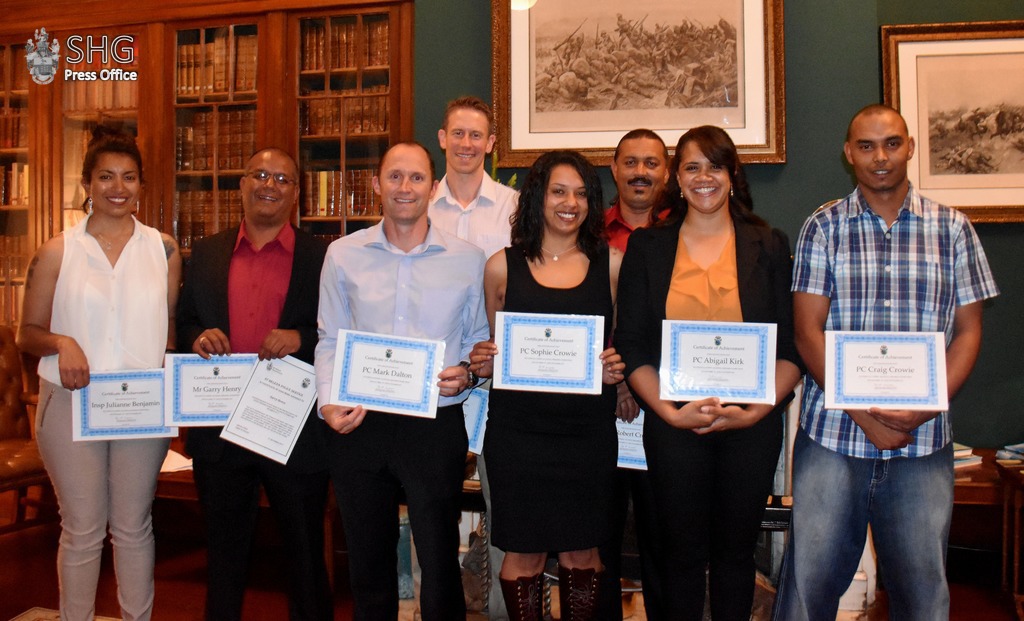 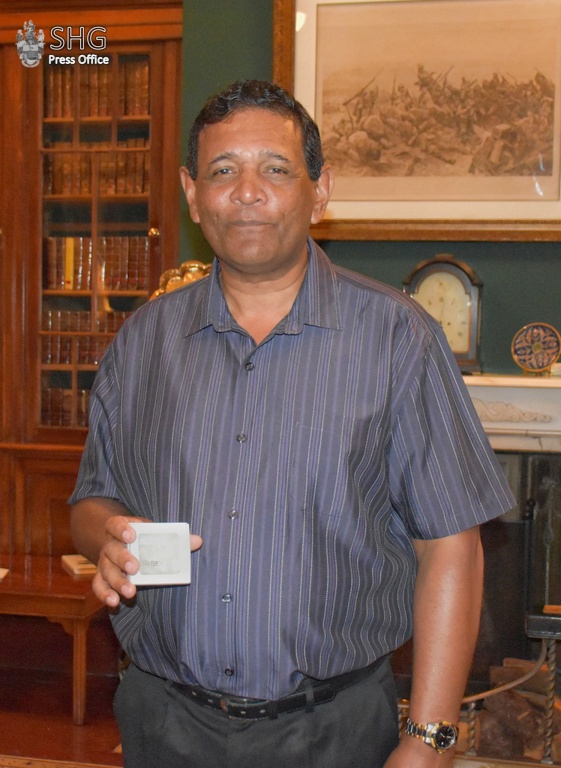