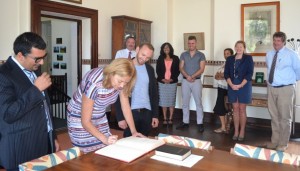 Angelo said of his appointment:

“Since stepping up as Acting Attorney General four months ago, it has been a steep learning curve – but along the way I have found nothing but encouragement from colleagues, Elected Members and SHG officers. I am backed by a fantastic and committed team in the AG’s Chambers who are not afraid of challenges. 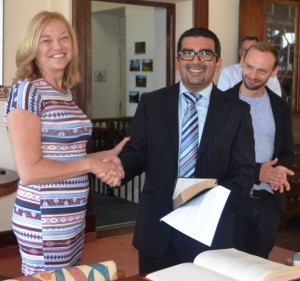 “It is an honour to be appointed Attorney General of St Helena, Ascension and Tristan da Cunha, and I am committed to doing my very best in this important role.”

“I am delighted to have sworn in Angelo Berbotto this morning as our new Attorney General, and I know that he will do a brilliant job.”