Chief Secretary, Owen O’sullivan and his family departed the Island on Friday 21 June for a period of overseas leave. The Chief Secretary will return to St Helena on Monday 2 September 2013. 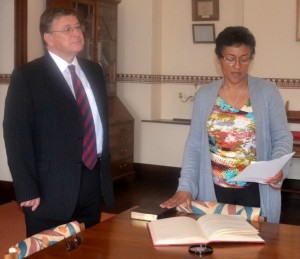