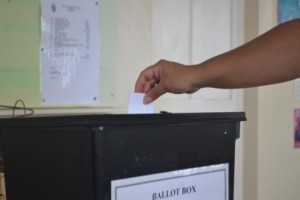 In the run-up the St Helena General Election on 17 July 2013, there continues to be much interesting discussion about the role of Councillors and officials and the structure of Government.  The public may find this brief summary helpful.

The 12 Councillors (Elected Members) who are elected on 17 July will make up (along with three non-voting members) the Legislative Council – usually known as ‘LegCo’.  LegCo is our Legislature – empowered to make laws.   Technically, it is the Governor who ‘makes’ the law, but he can only do so with the explicit approval of LegCo.  The 2009 Constitution took away the residual power for the Governor to make a law which LegCo had rejected.

Voters who have listened to, or read, the Governor’s ExCo Reports will know the vast range of subjects which ExCo deals with and determines.  Its meetings are, in effect, St Helena’s equivalent of UK Cabinet meetings.  Again, the 2009 Constitution reduced the Governor’s ability to act contrary to the Council’s advice.

Unless the new Councillors advise differently, the five Committees will deal with a wide range of issues under the titles of:

These Committees have a central role in Government.  They formulate policies in their subject areas and submit these to ExCo for approval.  The supporting role of officials here is to advise upon, implement and operate approved policies.

The operation of all arms of SHG are governed by and based upon the Partnership Values written into St Helena’s Constitution.  These principles are:

In exercising their responsibilities and powers, all those working within Government have a duty to give effect to these Partnership Values and principles of good governance.

Under the Constitution, every person in St Helena is entitled to the fundamental rights and freedoms of the individual – that is, has those rights, without distinction of any kind, such as sex, sexual orientation, race, colour, language, religion, political or other opinion, national or social origin, association, property, age, disability, birth or other status – subject to respect for the rights and freedoms of others and for the public interest.

The Constitution contains extensive rules about fundamental rights and freedoms of the individual, including:

All those working within Government are under a duty to respect these rights and freedoms.