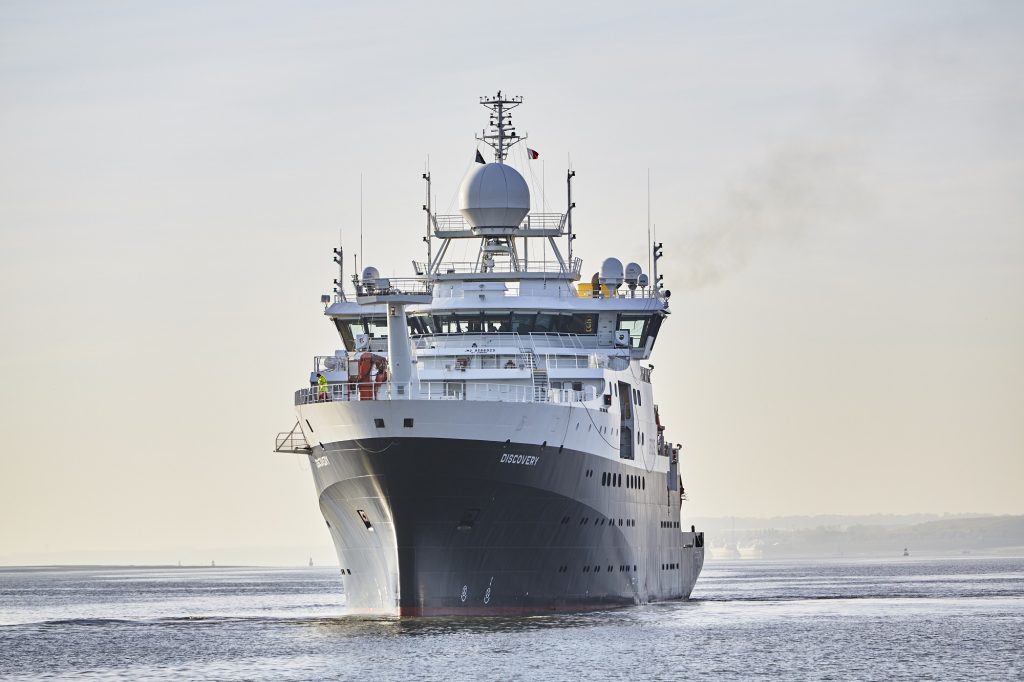 The British Royal Research Ship (RRS) Discovery, has today embarked on a 9,000 mile expedition to conduct one of the biggest ever scientific surveys of the South Atlantic Ocean. This voyage will include a six-week trip from Southampton, UK, first to the waters of Ascension Island and then on to St Helena. This work is supported by the UK Government’s Blue Belt Programme.

St Helena and Ascension are home to two of the world’s largest marine protected areas and host a plethora of species, such as whale sharks, yellow fin tuna, humpback whales and green turtles. Yet despite their ecological importance, little is known about our waters and the species that live within it. The trip provides the opportunity to enhance our knowledge of known species and introduces the possibility that new species in previously unexplored depths could also be discovered.

Joining the vessel upon arrival at St Helena will be members of staff from the Marine and Fisheries Conservation Section of SHG, and members of the St Helena National Trust. Once aboard, they will help carry out research with the onboard scientists from Blue Belt partner organisations.

During the voyage, both local and international scientists will be conducting a variety of research. This will include map surveying of St Helena’s sea mounts, and assessments of ecosystems and biodiversity, including key fisheries species. The vessel is expected to arrive at St Helena on the 24th November and undertake research for a period of 10 days.

This is the third time the RSS Discovery has been scheduled to depart on its scientific voyage. The initial outbreak of the COVID-19 pandemic prevented the voyage taking place in 2020, and then confirmed cases of COVID-19 on board meant the voyage was postponed once again in November 2021, given the quarantine requirements still in place at that time in both St Helena and Ascension.

There will be further updates on the RRS Discovery as the voyage continues.

More information about the RRS Discovery can be found online here:  https://thebluebeltprogramme.blog.gov.uk/2022/10/27/voyage-of-discovery-9000-mile-expedition-to-ascension-island-and-st-helena-finally-sets-sail-third-time-lucky/