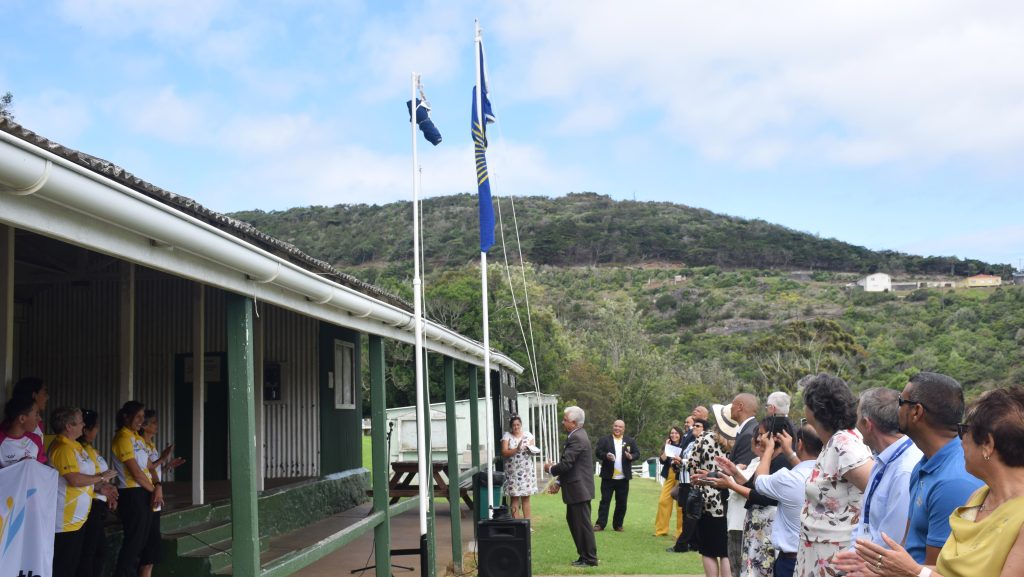 Emergency Planning & Sea Rescue Manager, Simon Wade, spoke about the work and commitment of the emergency services, Acting Director for Children & Adults Social Care, Gavin Thomas, spoke about fundamental importance of providing social care to the vulnerable and elderly, Director of Education, Skills & Employment Portfolio, Wendy Benjamin, spoke about the role of education and training to improve the lives of the community across St Helena and the Commonwealth, and Tracey Williams spoke about work of the large number of voluntary organisations on the Island and their contribution to Island life, crafts, heritage, care and sport. Tracey concluded by encouraging those present to consider taking on a volunteering role.

Shortly after, Speaker of the House and St Helena Commonwealth Parliamentary Association Branch President, Cyril Gunnell, and PAS Student Council President, Amy Thomas, raised the Commonwealth Flag at the Francis Plain Pavilion as part of the ‘Fly a Flag for the Commonwealth’ initiative. This initiative aims to inspire participants to join with others throughout the Commonwealth, a family of 54 nations representing around a third of the world’s population.

Commonwealth Day assemblies were also held at the Island Primary Schools. They were attended by Elected Members who read Her Majesty The Queen’s Commonwealth Day message.