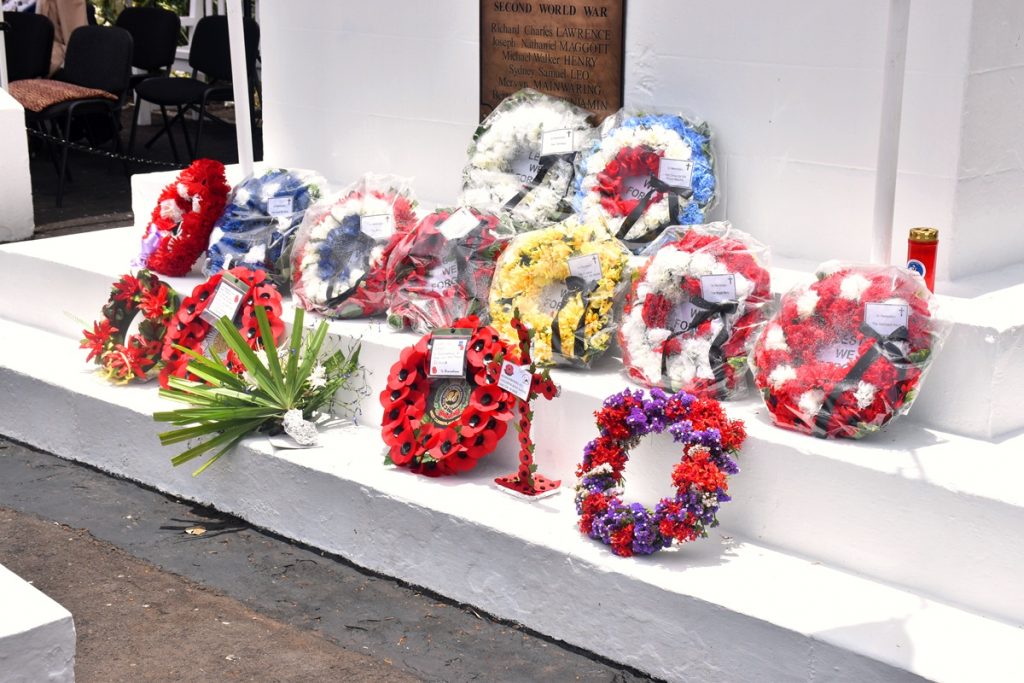 The annual Remembrance Sunday Divine Service, in honour of those who lost their lives or had been injured during active duty, was held at the Cenotaph in Jamestown on Sunday, 8 November 2020.

His Excellency, Governor Dr Philip Rushbrook, arrived at 10.55am, and the Right Reverend Lord Bishop of St Helena, Dale Bowers, welcomed and invited the many in attendance to pray. He reflected on the fact that St Helena remained COVID-19 free which allowed full participation in the service without any restriction, unlike others around the world. The Governor and the Head of the Prince Andrew School Student Council then gave the Remembering before a two-minute silence was observed, signalled by the Last Post.

A wreath was laid for the Territory by the Governor. Further wreaths were laid for the French Republic, the Royal Navy, the Army, the Royal Air Force, the Merchant Navy, the St Helena Police Service, and for the St Helena Fire & Rescue and Sea Rescue Services. Members of the public, including ex-servicemen and Island schoolchildren, also laid wreaths.

The Act of Commitment was made and acts of peace were then offered. The Service concluded with the National Anthem and Blessing, followed by the traditional March-Past outside the Court House.

Alongside the service on-Island, St Helena Government’s UK Representative, Mrs Kedell Worboys MBE, attended the UK’s Ceremony of Remembrance in London and laid a wreath on behalf of all UK Overseas Territories.

“It was an honour to be nominated by my fellow Representatives in London to lay the wreath at the Cenotaph on behalf of all of the UK Overseas Territories. It is important to acknowledge the contribution made by the people of the Overseas Territories to both World Wars and subsequent conflicts.”