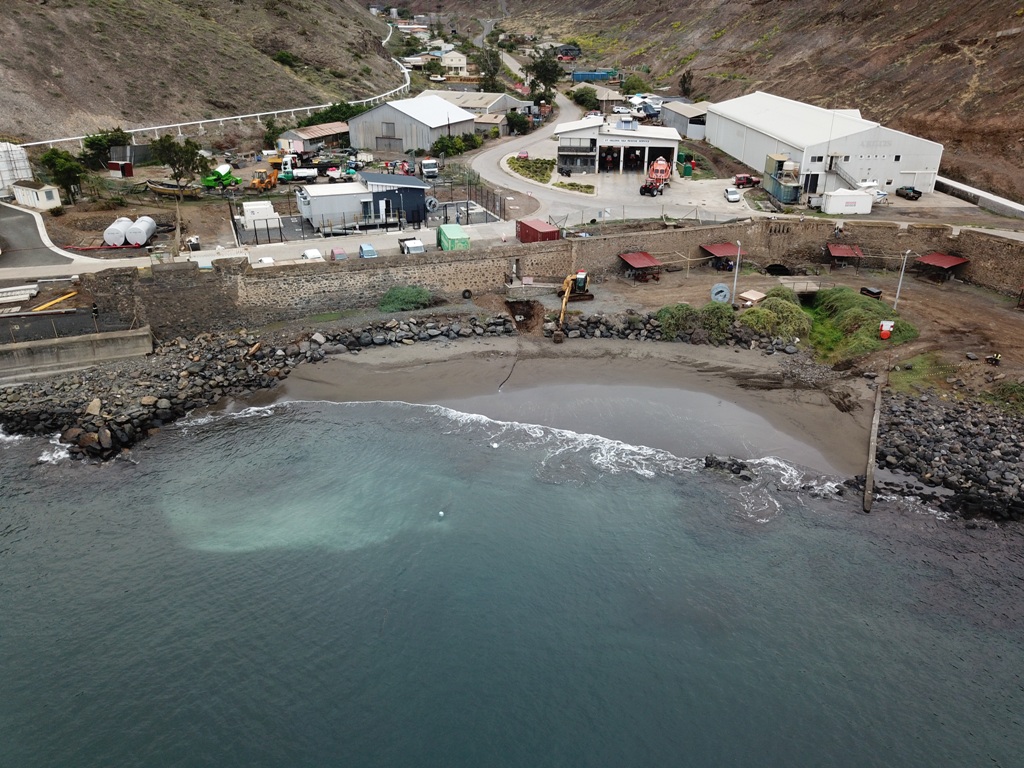 St Helena will make history this week as we look forward to the first shore landing of the Equiano Subsea cable.

The Equiano subsea cable, which will provide the first fibre optic connectivity from St Helena to the outside world through both Europe and South Africa, is due to arrive on the Teliri ‘cable ship’ on Wednesday, 25 August 2021. The physical landing of the cable is scheduled to take place the following day. This is the first shore landing of the cable in the entire project, so far the cable has only been landed at sea.

The landing will see the cable being dropped over the side of the ship and placed in articulated pipes, which will be laid and secured in a predefined path on the Ruperts’ seabed. All COVID-19 protocols and Standard Operating Procedures will be adhered to during the ship’s stay in Ruperts.

All preparation works are taking place in readiness for the landing of the Equiano system, including the necessary marine works where divers are placing on the seabed the piping in which the cable will be enclosed.  Alongside of this, testing is being carried out on the power feed equipment in the modular station – the centre for all cable operations.

Once the cable is connected to the station it will be laid on the seabed and slowly pulled by the cable ship towards the West Coast of Africa. The ship is scheduled to depart the Island on Friday, 27 August, to lay the 1154km of cable. The ship will not return to the Island.

Also recently arrived on-Island is St Helena Government’s representative for the Project, Thomas Benneman, who will be overseeing all of the work being undertaken at Ruperts.