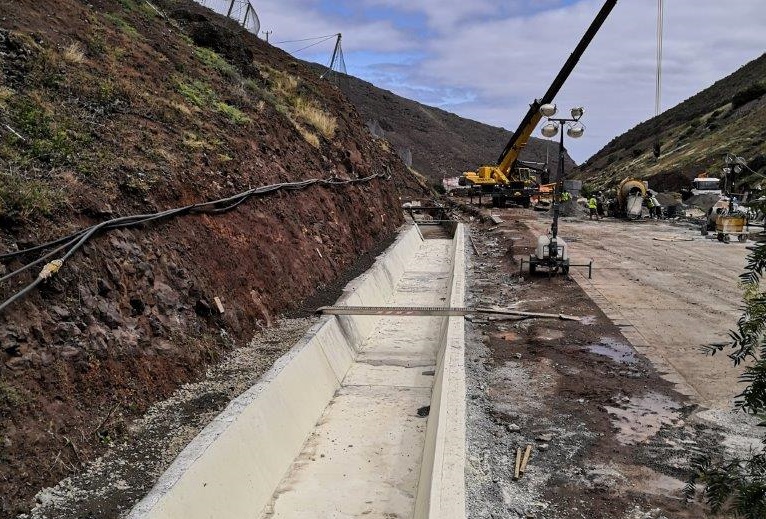 Construction works on the Drainage Channel and Culvert in Upper Rupert’s Valley have been ongoing since the start of July 2020 by AMD Engineering, who was successfully awarded the contract following an open procurement process.

The location in Upper Rupert’s however is prone to flooding due to a lack of drainage measures in place and would be unsuitable to use as a direct relocation in its current state.

The Channel and Culvert will allow for surface water from the associated catchment area to be intercepted and channelled around the site, linking into the existing earth channel constructed by Basil Read during the Airport Project.

The Channel and Culvert is currently being constructed out of reinforced concrete being poured in a continuously moving form; or slip form. The overall size of the finished structure will be approximately 211 metres in length.

Despite recent unfavourable weather conditions, works are progressing ahead of schedule.