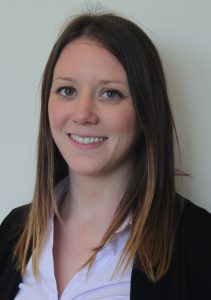 Nicole will be on Island for two years and, as the Government Economist, will lead the economic analysis on public sector led projects on St Helena. In particular, this means supporting funding applications by demonstrating benefits versus cost evidence, and recommending incentives and initiatives for economic growth.

“I am very excited to be arriving at St Helena this month. I will be looking forward to hearing more about the Island’s economic priorities and how I can help to achieve them.

Nicole is originally from London but moved to Worthing, West Sussex, in the UK, this year. Nicole has been undertaking economic appraisals for nearly 10 years – initially for the UK Environment Agency where she contributed to exciting projects such as appraising options to manage the long term flood risk in London, and using economics to prioritise water quality improvements.

Nicole then moved between two consultancies and, among other projects, worked on providing evidence on the costs and benefits of changes in pesticide legislation, public transport improvements, carrier bag charges, industrial emission reduction technologies, and flood alleviation schemes.